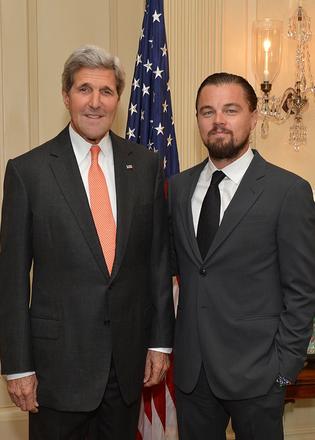 Announcing the donation on Twitter, support will come from the Leonardo DiCaprio Foundation, a charity founded by the actor in 1998 to help fund projects protecting the planet and its endangered species. Charities benefitting from the $15 million include Give Clear Water, Amazon Watch, Save the Elephant and the World Wildlife Fund.

Commenting that the Leonardo DiCaprio Foundation “is dedicated to protecting biodiversity in our oceans”, the actor also promised to support the work of Oceans 5.

Founded by Louis Bacon in 1995, Oceans 5 is a collective of international philanthropists who each donate $1 million annually for a minimum of three years to help battle the biggest threats to the world’s oceans. Its projects largely focus on ending overfishing and establishing marine reserves and it has achieved considerable success in the traceability of imported American seafood, establishing the Phoenix Islands Protected Area in Kiribati and introducing trade restrictions to save endangered shark species.

"The destruction of our planet continues at a pace we can no longer afford to ignore," DiCaprio explained of his donation. "We have a responsibility to innovate a future where the habitability of our planet does not come at the expense of those who inhabit it."

DiCaprio’s reputation as a tireless activist saw him named a UN Messenger of the Peace with a special focus on climate change in 2014 and this move will now see his foundation support environmental projects in more than 40 countries.

This would, of course, make DiCaprio a deserving winner in Boat International's upcoming Ocean Awards held in conjunction with the Blue Marine Foundation. Nominations close on 17 July so if you would like to nominate him, or know of any other deserving person or organisations, simply email theoceanawards@bluemarinefoundation.com.

Nominations for The Ocean Awards closed