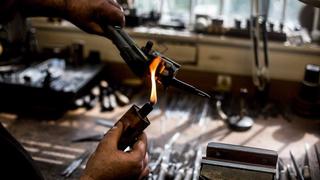 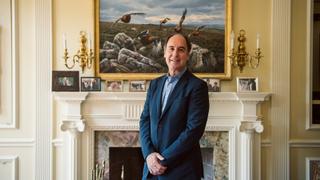 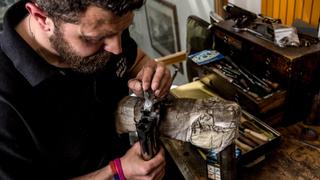 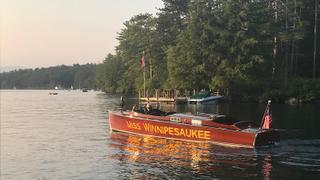 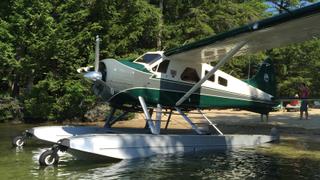 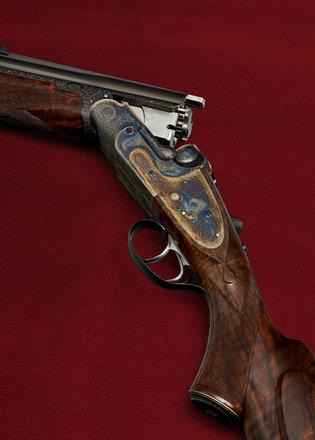 Readers of a certain age might recall the famous television commercials for Remington electric razors that featured the firm’s owner, Victor Kiam, uttering the immortal phrase: “I liked the shaver so much, I bought the company.” Arthur Demoulas could say the same thing, albeit about guns and rifles rather than shavers – because in 2015, he realised a long-standing ambition to buy the English gunmaker Boss & Co, after decades of using its products as an enthusiastic shot.

The name Boss & Co is to guns what Rolls-Royce is to cars, except that Boss’s history is considerably longer. Founded in 1812 by Thomas Boss, it was acquired in 1891 by one of the firm’s employees, a gunmaker called John Robertson who helped to establish its reputation by patenting mechanisms such as the Boss single trigger, the Boss ejector and the over-and-under barrel configuration. In its entire 206-year history, Boss has produced little more than 10,000 shotguns and rifles, because every part of every one is meticulously hand crafted at its workshops in Kew, west London, to the exact specifications of the buyer: a process that takes an average of 1,400 hours and results in a price tag of at least £115,000, but which can rise to £200,000 for a single gun. What the buyer gets is a gun that many people believe is unsurpassed by any other maker in the world in terms of fit,

He has always appreciated well-made things but it is an appreciation that was not “triggered’’ by guns, but by boats. “When I was a boy in Boston, on Sunday mornings we’d drive north to Lake Winnipesaukee in New Hampshire, where we spent summer days learning how to swim and water ski,” he recalls. “We started out towing a boat to the lake, but there were a ton of wooden boat makers along the shore and, when my parents eventually bought a small house there, they also bought a 27ft Century Raven wooden boat. Back then, you didn’t need a licence to drive a boat and my dad used to let me take the controls even before I was 10. Sadly, he died when I was only 13, but we kept the house and I’ve been going to Winnipesaukee on a regular basis ever since. It is a place that means a great deal to me, and a very special place for anyone who loves boats.”

Demoulas has fond memories of the scores of Chris-Craft, Hacker-Craft, Century Coronados, Roosters and Raven that used to ply the lake, which is 21 miles long and nine miles across at its widest point and peppered with more than 250 islands. But there is one Chris-Craft that is special to him: the 7.9 metre, triple-cockpit, upswept deck Miss Winnipesaukee that he saved from oblivion 20 years ago.

“The oldest Chris-Craft dealer was Jim Irwin of Irwin Marine, who also owned an attraction called Irwin’s Winnipesaukee Gardens, which offered 50 cent speedboat rides in a fleet of 26 and 28ft [eight metre] triple cockpit Chris-Crafts from which they removed the windshields to give a greater impression of speed,” says Demoulas. “One of these boats suffered an electrical problem, which ignited some oil and gasoline, causing it to catch fire and sink to the bottom of the lake, where it sat for 40 years. It had just been returned to the surface when I bought it in the 1990s.” Demoulas commissioned the renowned Connecticut restorer Jim Murdoch to bring the 1930 boat back to life, and it is once again a regular sight on the lake – complete with its correct 200 horsepower A70 engine, gleaming woodwork and the Miss Winnipesaukee name in gold leaf on the sides and stern.

Demoulas also owns a 1949, 7.6 metre Sportsman model called Two Pines – which is hull No 1 of the 208 post-war models built – and a 6.7 metre, 1949 Sportsman, one of the most popular wooden motor boats of its era. “I don’t regard myself as a boat collector, I just love being out on the water in something that’s so beautifully made,” says Demoulas. “Around 25 years ago I bought an old fishing lodge on Lake Winnipesaukee with a boathouse that’s large enough to accommodate the Chris-Crafts. It makes it easy to use them so my boating season lasts from the last weekend in May until the second weekend in October. We use the boats to see friends, take people out for dinner and to explore the islands.”

Demoulas’s love of classic, well-made things that bob about on water does not stop at boats – he also owns a 1963 de Havilland Beaver amphibious floatplane. “It spent most of its life in India where it was used by the Department of Agriculture,” says Demoulas. “I bought it 12 years ago and had it restored to full working order by Kenmore Aero Services of Seattle. I did start flying lessons, but soon realised it wouldn’t end well, so I employ a professional pilot.”

The fact that Demoulas’s floatplane, like his boats, has been meticulously restored by the best craftsmen in their field explains why he is so enamoured with Boss and why he intends to do his utmost to secure its future. “I didn’t buy Boss & Co to make a living from it, but I didn’t buy it as a hobby, either,” he says. “I think I bought it for all the right reasons. I am very passionate about the company and very serious about making it work.

“We have 200 years of history behind us and I don’t think anyone else can do what we do, which is to build the best guns – we’re the only maker left that does that and we will never produce a second-grade weapon. All the other English makes are now owned by luxury conglomerates and have branched out into clothing, accessories and lifestyle. We’ll never do that as long as the company belongs to me. Boss & Co makes guns – and nothing else.”

The Rolls-Royce of luxury: In conversation with Torsten Müller-Ötvös, CEO of Rolls-Royce

From the archives: Iconic photos of life at sea

Back to the future: Georges Kern, CEO of Breitling