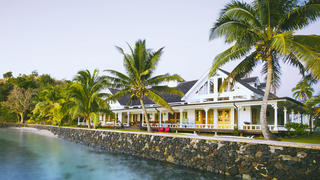 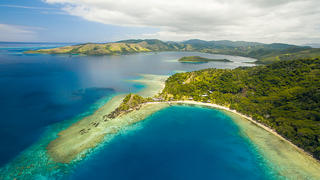 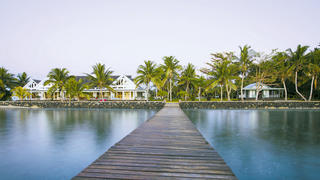 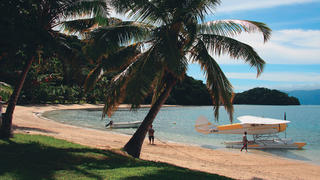 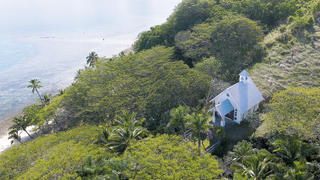 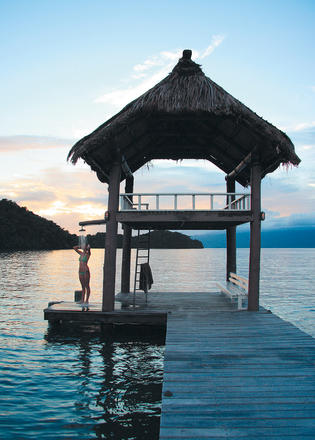 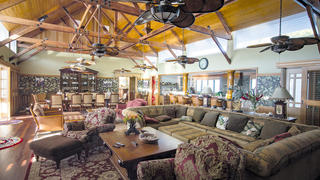 Property of the month: A Fijian retreat ideal for family vacations

A little cluster of islands surrounded by even tinier islands with white shores, lush vegetation and a supremely friendly atmosphere, Fiji has a burgeoning yachting and holiday homes scene, despite its relative remoteness. “Now that the global financial crisis is over and Fiji has a democratically elected government, the property market is taking off and tourism is growing rapidly,” says Rick Kermode, a New Zealand estate agent for Knight Frank. There are more than 330 islands but the majority of the population lives on the two major islands of Viti Levu, home to the capital city of Suva, and Vanua Levu.

Celebrity property owners here keep a low profile but there are a handful of Hollywood stars and entrepreneurs. Mel Gibson bought Mago Island for $15 million in 2005 and Jim Jannard, the billionaire founder of Oakley, owns a home and resort on Kaibu. The latter, an island in Fiji’s northern Lau group, was listed for $75 million in 2006 – the most expensive private island ever when it went on the market. American, European and Australian buyers generally acquire islands for $1 million-plus, or luxury homes on or around Port Denarau, the resort hub off Vitu Levu and 15 minutes from Nadi International Airport.

A hideaway on a gigantic scale, Navodo Bay is located on Fiji’s second largest island, Vanua Levu. The “Big Island”, as it is known, is one of the least touristy destinations in the Fijian nation and its main town, Labasa, is just a single strip of shops and homesteads. Vanua Levu tourists are predominantly divers and yacht owners looking for a quiet paradise away from the hustle and bustle of the South Pacific hotspots. Such a place is Navodo Bay, a retreat so private its main points of access are by boat or seaplane. This extraordinary 60 hectare property is on sale with Christie’s International Real Estate and its affiliate Bayleys for $8.8 million (it has previously been on the market for $20 million with several different agents).

The development was constructed over a 10-year period by a Californian couple to enjoy with their children and grandchildren as a holiday home, but they now find they don’t get there often enough, according to Philip Toogood, managing director at Bayleys. “It would make a wonderful hideaway resort or a new owner could use it privately for a family retreat, complete with a gorgeous chapel for weddings and christenings,” Toogood says.

It was built by artisanal Fijian builders in a local style, including plenty of palm trees, open spaces and traditional bure (village huts made out of wood and straw). A main 465 square metre British colonial-style home sits at the centre, with a master suite, three en suite bedrooms and an upstairs children’s play area. There’s a huge open-plan living space downstairs, complete with large kitchen for entertaining, and spectacular ocean views from the adjacent veranda. It is filled with an eclectic mix of furniture imported from America and relaxed Melanesian items such as plantation fans made from local wood. The high ceilings, open living space and terrace give all the rooms a breezy feel.

There are also five separate two-level bures, each with a sitting room, en suite bedroom and indoor-outdoor shower. For those feeling meditative there is a hilltop chapel with statues sourced from Italy. And there is, of course, plenty of quiet beach front, as well as a private jetty. In addition, the property is completely selfsustaining because of its own 500,000 litre water tank and utilities building, with battery banks for power supply from wind and solar generation.

You don’t really go to Fiji for the restaurant and bar scene but if you’re dying for a beer and some people-watching, your best bet is to sail over to the island of Matei, the main “tourist hub” on Taveuni, across the bay from Navodo. Here there is a tiny airport and a few restaurants including the Tramonto pizzeria.

You can also pick up groceries at the Sun City Supermarket. Head west from Navodo Bay and you will also find the idyllic town of Savusavu with simple coconut cocktails at the Planters’ Club and more sophisticated fare popular with expats at the Savusavu Yacht Club and Waitui Club. However, night owls will be disappointed: doors close at 10pm.

Property of the month: 5 reasons to buy this vast Grenada villa

Fly away home: 4 properties for sale with helipads