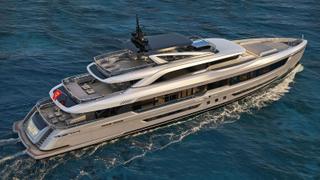 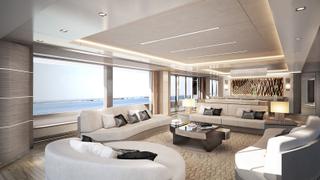 The 44 metre motor yacht Virtus, jointly listed for sale by David Legrand at Fraser with Onboard Yachting, has been sold in an in-house deal.

Built in steel and aluminium by Turkish yard Mengi-Yay to a design by VYD, Virtus was delivered in 2019. Formerly known as Hull NB96, she features accommodation for up to ten guests split between a master suite and four further cabins. Meanwhile, the crew quarters allow for a staff of up to eight people.

She boasts plentiful deck spaces, including a foredeck seating and sunbathing area. The superyacht sundeck is split between a spa pool and an area for sun loungers back aft, while the sheltered cockpit includes an aft-facing wrap of seating for great views out to sea.

Power comes from a pair of 1,450hp Caterpillar C32 diesel engines for a top speed of 15 knots. When trimmed back to her cruising speed of 12 knots, Virtus boasts an impressive range thanks to a total fuel capacity of 51,000 litres.

Her broker, David Legrand, comments: “Designed with a contemporary and sophisticated approach, her floor to ceiling windows offer a seamless sense of openness onto the outside world.”