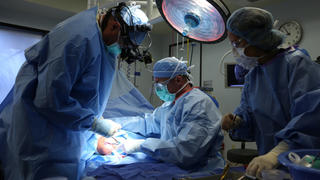 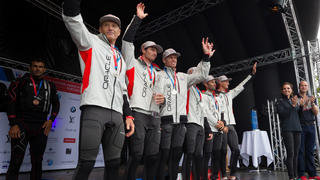 Spithill, 37, went under the knife at the end of last month to repair a long-standing tendon problem in his left elbow, and is due to return to full training before the end of the month.

“It’s very similar to tennis elbow,” Spithill said. “It’s been a problem for me for about six months now and we tried to deal with it with physiotherapy and cortisone shots, but with no real improvement, so surgery seemed like the best option.”

Oracle Team USA are due to return from their summer leave today (August 11) to begin preparation for the America’s Cup World Series Toulon, which takes place in the French port from September 9-11. Spithill is aiming to compete in the event, but any setback in his recovery could scupper his chances.

The surgery was carried out at the DISC Sports & Spine Center in Marina del Rey, California by Dr Robert S. Bray Jr and Dr Andrew Bulczynski — the same team who operated on Spithill’s right elbow after the 2013 America’s Cup.

Bray added: “Considering the incredible physiological strains placed on the athlete by such high-performance boats, it’s amazing that Jimmy was able to perform at an elite level despite his torn tendons. Now, with both elbows repaired, he will come back even stronger.”

Oracle Team USA will be hoping to use the Toulon event to bounce back from their disappointment at finishing one point behind the victorious Land Rover BAR at last month’s America’s Cup World Series Portsmouth.