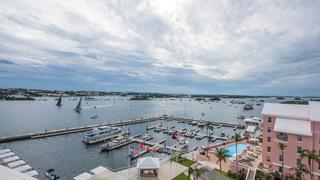 Hamilton Princess & Beach Club has nearly completed a $100 million restoration, including a new 60-berth marina, ahead of next year's America's Cup.

As well as the new state-of-the-art marina the project has seen the addition of a private beach club, three new restaurants and a gym and boutique fitness studio. The “Pink Palace” will officially mark the completion of its transformation in June but it is already possible to book your berth for 2017's racing action.

“It is the first and only full service hotel marina in Bermuda and houses up to 60 berths, ranging in size to accommodate vessels, pleasure craft, tournament fishing boats, as well as superyachts.”

Bermuda was officially announced as the host of the 35th America's Cup in 2014 and hosted a world series event last Autumn. The island’s exciting race course and great sailing conditions were just two reasons why Bermuda won the bid to host the America’s Cup.

“Bermuda is the perfect international venue for the America’s Cup,” added Federer. "The race course on The Great Sound — with its near perfect sailing conditions and natural amphitheatre — affords uninterrupted views of the race, plenty of room for spectators and is set against a backdrop of crystal clear waters, pristine islands and beaches.

“Visitors will also have easy access to the city of Hamilton as well as everything else this beautiful and historic island has to offer."

Bermuda officially announced to host the 35th America's Cup in 2017

6 reasons why Bermuda won bid to host the America's Cup