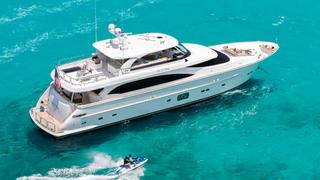 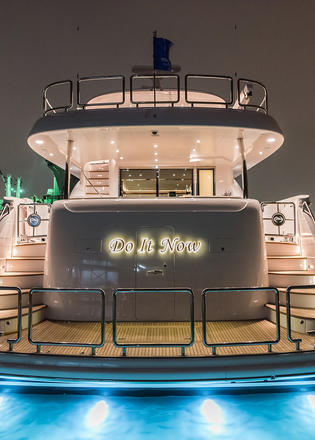 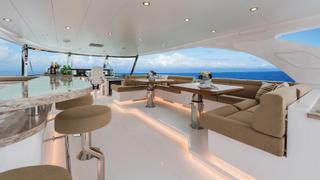 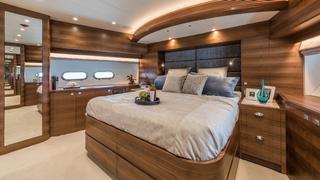 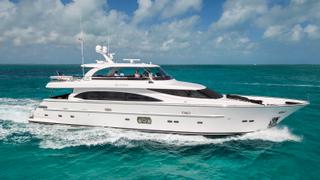 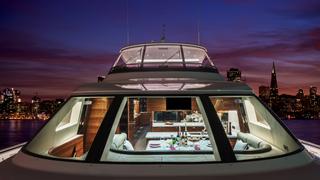 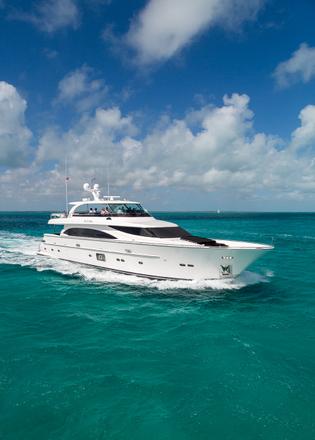 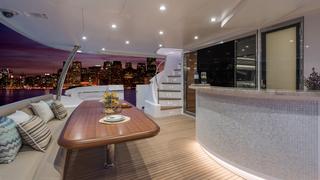 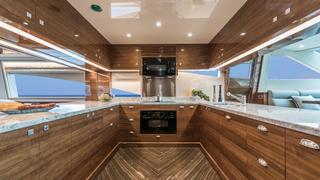 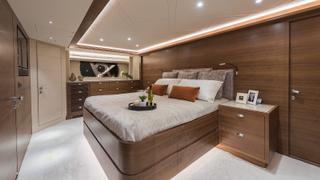 Do It Now: Inside the first Horizon E98 yacht

Do It Now is a bit of an odd duck among semi-custom yachts. If you ask the owner of the first Horizon E98, she’ll say without hesitation that Horizon is a custom builder, which is easy to understand since the Taiwanese yard designed and built a new model for her.

The E98 made its debut in Palm Beach, Florida, in spring 2017. Her owner discovered the brand when a broker suggested she look at a 23.2 metre Horizon to replace her long-time Hatteras. It was hull No 65 of the 76 motor yacht series. She loved everything about it and, when the time came for a bigger boat, she decided to build a new Horizon.

Belying that custom orientation, the Taiwanese builder has a full range of motor yachts serving various purposes and designated by a wide range of letters. Its has a range of series: Custom Collections, P, EP, RP, V, PC, FD and E. This owner really liked the E series (E stands for Elegance) and the 88 in particular, which can be built with an enclosed or open bridge deck.

Take a look inside the Horizon E98 yacht Do It Now. All photos: Jim Raycroft

Designer John Lindblom worked with Horizon to give a modern twist on timeless lines and she loved the styling in general and the open bridge option. But she also wanted spacious crew quarters, having enjoyed a stable relationship with the same captain, who has been at the helm of her last three boats, as well as other tweaks.

The builder looked at ways to accommodate all her requests within the existing model but ultimately decided it would be better to go bigger. As Elise Moffitt, marketing and PR co-ordinator at Horizon Yacht USA, explains: “She could not get all that she wanted, the his and hers, the master stateroom, the full four cabins and the big crew quarters. That’s why we started to look at something a little bigger. The 98 was born around the owner Jo Ellard.”

The new hull is just over 30 metres in length, almost three metres longer than the 88, and has a beam of seven metres, which is sufficiently wider (about 60cm) to give the shipyard more wiggle room inside. Its draught is an easily manageable 1.75 metres.

Do It Now’s styling is reminiscent of the Horizon 88, with plenty of curves and a nicely integrated flybridge deck with a hardtop. The builder is quite flexible with arrangements on this deck. At this owner’s request, they built a big bar, installed a large gas grill that can be lowered to become invisible when not in use, and plenty of Sunbrella-upholstered seating high enough to see the water over the sides. The captain runs the boat from here, so flexible panels can be fitted to the sides for protection from wind and rain, complementing a fixed windshield.

At the owner’s request, the dayhead on the main deck was fitted with two doors, making it accessible from both outside or inside the saloon, and the entrance to the crew area from the saloon was concealed behind a door finished in the same high gloss walnut.

Located just aft of the engine room, the crew area has a nicely finished mess with foldable table and three cabins. The captain’s has a double bed and private en suite. A second cabin has a single berth and foldable bunk — instead of the more conventional twin bunk arrangement — and the third had been fitted with more cabinets for storage. It could easily accommodate twin bunk beds for the boat to carry a crew of six — an option Horizon would easily be able to accommodate.

On this first E98, there is no formal interior dining area. Most meals are enjoyed outside, on the top or on the aft deck, fitted with a table and banquette. From here, the saloon doors open on to an open plan interior, offering a long view to hanging cabinets and a counter space defining the forward galley. Cabinets in high gloss walnut line the sides and the open space in-between is occupied by a few carefully chosen pieces.

A 60-inch up and down TV set is concealed within the row of cabinets facing a long and comfortable sofa upholstered with a fabric from Calvin Klein’s home collection and flanked with two low side tables. The saloon floor in African mahogany is partially covered with a big carpet, an owner’s personal heirloom.

The eat-in galley, which can be separated from the saloon with sliding glass, has abundant counter space finished in a Cambria quartz stone that sparkles under the light. A comfortable sofa hugs a large table, which is used for meals or games. The walnut veneer is used horizontally and book matched all around. It is a striking design feature that is repeated below in the accommodation space. The four guest cabins are all en suite and include an impressive full beam owner’s cabin with his and hers bathrooms.

Mechanically speaking, Do It Now is well equipped. The engines are twin 1,900hp Caterpillar C32s for a top speed in excess of 20 knots. The yacht has ABT zero speed stabilisers, bow and stern thrusters, and large capacity watermakers and Northern Light generators. For future hulls, most common choices will include an optional Böning monitoring and control system, waste treatment system, air conditioning on the flybridge and the design of the bow seating arrangement, as well as interior fittings. But owners could also request an enclosed bridge, a superyacht beach club or hi-lo swim platform, and Horizon is known to be responsive to special requests, a flexibility that comes from the very top.

Horizon is a private company run by its founder, naval architect John Lu, a native of Kaohsiung, Taiwan, where the shipyard is located. With in-house design and engineering resources and advanced composite technology, Horizon is able to switch gears quickly to fulfill needs. While it isn’t the company’s motto, the phrase “do it now” would be a fitting one. For the past 30 years, the builder has produced a varied fleet of 780 yachts from 15 metre catamarans to a 45 metre long range explorer with steel hull and is constantly innovating.