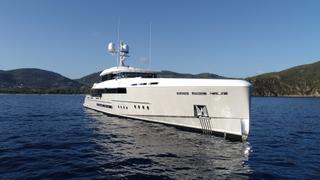 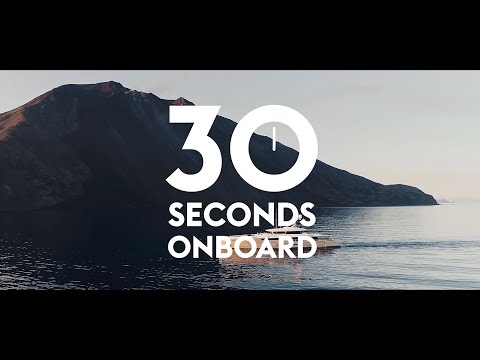 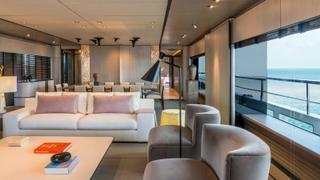 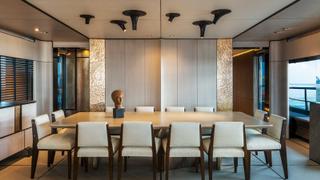 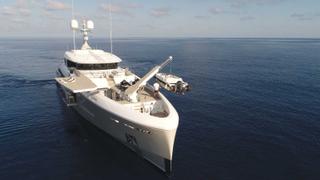 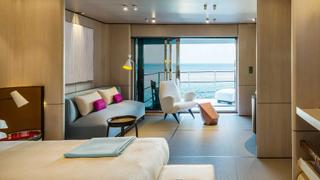 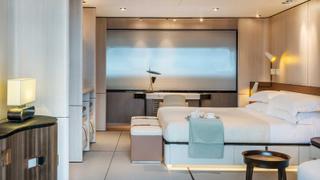 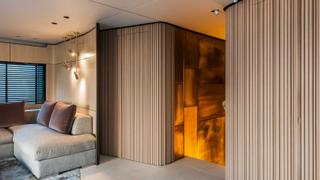 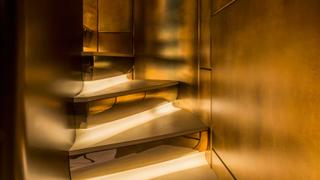 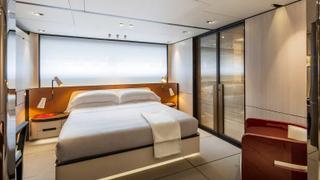 A yacht that both looks elegant and can really go the distance? Rossinavi’s globe-trotting Endeavour II lets its owner get away… and stay away

Exceptional cruising plans require exceptional yachts. This must have been what Endeavour II’s owners were thinking when they asked Rossinavi to build them something more than a typical superyacht to holiday on. Their brief was for a truly ocean-going boat that could be used year round but that would look modern and clean-lined instead of sturdy and workaday. In other words, an expedition yacht in disguise.

Experienced sailors looking to reward themselves for a lifetime of work, Endeavour II’s owners planned to spend months at a time on board, exploring lesser known oceans while retracing Magellan’s circumnavigation and Captain Cook’s expeditions.

“We were approached by Endeavour II’s owner after he had seen and loved our 70 metre yacht Numptia,” says Rossinavi’s COO Federico Rossi, the second generation of his family to work in shipbuilding. “He wanted to take long cruises to unusual destinations that are difficult to reach, but was looking for an expedition yacht more than an explorer. We called in a team we knew we could count on: Enrico Gobbi and his Team For Design studio for the exterior and Achille Salvagni for the yacht’s interiors. Enrico has already designed eight yachts for us and this is our third collaboration with Achille; we knew we were in good hands.”

“When we were called in for Endeavour II we already had the 50 metre concept engineered,” says Gobbi. “It took a lot of hard work in close collaboration with Arrabito Naval Architects, but thanks principally to a superstructure that is slimmer than the hull, we kept the yacht under 500GT. Another challenge well met was in designing for optimised hydrodynamics, unrestricted ocean service classification and for the larger fuel tanks and storage needed for autonomous navigation.”

Elsewhere, touches indicate that she is far more than a milk runner, like the synthetic teak decks that can take far more punishment than genuine teak, and the compactors and refrigerator for storing organic waste for those long periods between ports. Endeavour II’s diesel-electric propulsion system, meanwhile, helps reduce fuel consumption.

“The hull had already been designed for the Rolls-Royce marine pods and diesel-electric propulsion and this, for owners who wanted a silent, vibration-free and fuel efficient yacht for long distance navigation, was very important,” continues Gobbi. “With 5,000 nautical miles of autonomy at 12 knots, Endeavour II is very efficient, has a much longer range and is even faster than a displacement yacht: we have hit speeds of over 17 knots.”

While Endeavour II doesn’t have a pool or spa pool, she does have a generously sized opening transom for easy water access and a full range of toys, including custom amphibious and limo tenders and a 15 tonne crane that are stored under flush foredeck hatches that open like wings. “The clients liked the idea of the storage wells and the crane because they left plenty of room for the storage tanks they needed,” says Gobbi. “But what I think they liked most of all is the exterior’s simple style and the light and views that come in through the large windows. And, of course, the opening side terrace in the owner’s suite.”

Achille Salvagni, who designed Endeavour II’s interiors, found them an unusual challenge. “Working with the spaces that this hull offered was almost like designing for a sailing yacht,” he says. “That’s how sleek and fluid Endeavour II’s lines are. But these owners were happy to have less volume and more elegance; it’s more in keeping with their style.”

The owners asked to meet Salvagni after they had seen his interiors aboard Numptia. “I am from Rome, so I invited them down. It was springtime, and while we enjoyed lunch on a terrace overlooking the city we talked about the look they wanted for their yacht. I share their love for contemporary minimalist art and they have a special passion for Japan. We were on the same wavelength from the start.”

Japan and contemporary art were going to be the yacht’s themes, but Salvagni wanted to keep it subtle. “I wanted to evoke an atmosphere of Japan that could be perceived as a whole but not pinned to specific objects. So no to gurgling tsukubai fountains, but yes to certain colours and materials that speak of Japan.”

Salvagni’s interiors contrast with the “boy toy” aesthetic you might expect boarding an expedition yacht and it’s the surprise effect that makes Endeavour II so memorable. Entering the main saloon is like walking into the cool serenity of a winter sunset: pale blues and greys grounded by black, subtle pinks spiked by lacquer red, round soft shapes like snowdrifts accented by burnished gold. Everything is pleasing, even soothing, to the eye, and everything calls out to be touched. Starting from the floor covering springing softly under foot: could that be tatami, Japanese straw mats?

“Yes, it’s tatami that I sourced in Osaka,” says Salvagni, “and while using this material on a yacht posed some challenges, I think it has been a big success. The contrast of the tatami mats and the burnished bronze frames they are in reads like the yacht’s samurai backbone. I picked up the colour of the tatami in the koto wood walls and carried it over to the ceilings that are in slightly lighter toned Egyptian cotton. I wanted the serenity and the sense of comfort that come from unity and both the tatami and the cotton ceilings are backed with felt that gives them the added advantage of being very phono-absorbent.”

Salvagni was inspired by origami for the lines of Endeavour II’s curved walls and by Japanese gardens for the wooden poles veneered in brushed and waxed koto wood that mimics bamboo. “I am an architect, not a decorator, and I think that’s why the interiors I design stand out. I want to sculpt the space I’m working with and give it character, dignity and strength. It’s not a question of pretty things placed here and there; the materials and the lines I work with have to have tension. I don’t want corners because they break the line; I want curves that join and flow.”

While the ottomans, sofas and armchairs in the saloon are custom pieces designed by Salvagni for the yacht, the 12 chairs around the dining table speak of a past history and an interesting one at that. “I don’t use production pieces in my interiors because I’m not filling up a furniture showroom: every interior I design is exclusive and unique, custom made to fit the owners’ taste. That’s why I only use my own designs or pieces by great architects from the past that I source from other collectors or at auctions. The art deco dining chairs are by the French designer Paul Dupré-Lafon and the mid-century floor lamps are by Stilnovo.

Endeavour II’s full beam owner’s suite is located forward of the saloon on the main deck and is exceptionally light thanks to long windows and an opening side balcony. Here Salvagni calls voyaging to mind with buckled leather straps on an upholstered bench and storage units that recall saddlebags. There is an armchair by the icon of Italian design, Gio Ponti. “I found three chairs that Ponti designed for a cruise ship,” says Salvagni. “The one in the owners’ cabin is upholstered in white linen and there are two more in tobacco-coloured leather in the sky lounge. Ponti designed them with a low centre of gravity so that you’d feel the ship’s roll less than you would on higher seating. It’s an important lesson and explains why you won’t find high bar stools in the interior.”

Further guest accommodation and the crew area are on the lower deck and are reached via a stairwell that glows in a soft golden tone. “Another fixation of mine is for patina, for surfaces that have depth,” continues Salvagni. “The nickel silver walls in the stairwell are the end result of a long search for a metal that is lightweight and resistant, but can be treated to give it a warm, soft patina. I love the way it catches the light and reflects darkly, like an antique mirror.”

Endeavour II has two twin cabins and a full beam VIP suite that can become two double cabins by closing sliding shōji-style doors made from the same roughly woven cotton fabric sandwiched between glass that is used to create screen-like doors for the yacht’s en-suite bathrooms.

While Endeavour II proves that an expedition yacht can be defined more by her function than by her aesthetics, she has everything that you would expect from a yacht built for long range, efficient cruising. She runs on two Caterpillar C32 Acert engines driving twin diesel-electric Rolls-Royce azimuthing pods, a power plant that gives her a range of 5,000 nautical miles at 12 knots.

So what’s stopping her stretching those sea legs and seeing the world? Her owner’s plans changed and she’s now up for sale, asking €29.5 million. A snip, surely, for any ocean-adventuring Japanophiles out there who want to round Cape Horn in style.

This article was originally published in the May 2018 edition of Boat International.