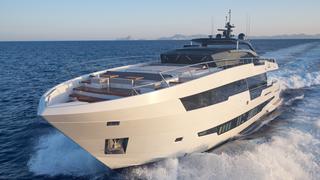 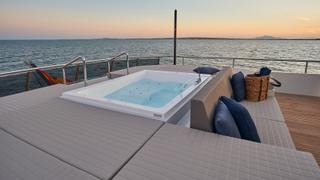 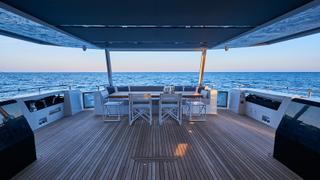 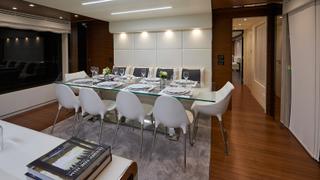 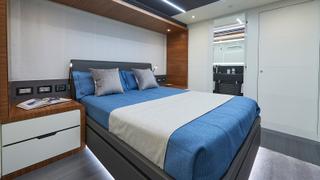 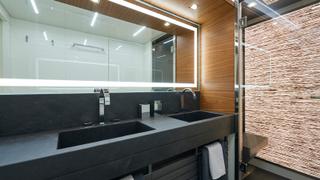 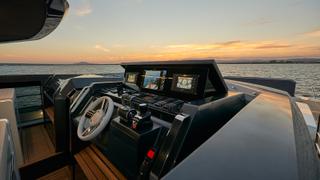 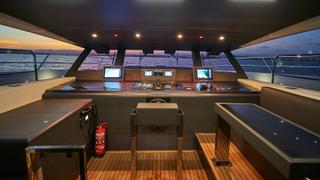 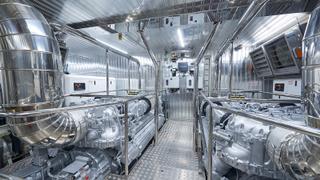 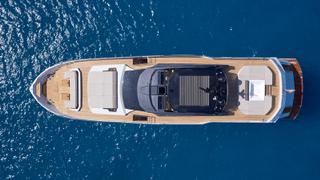 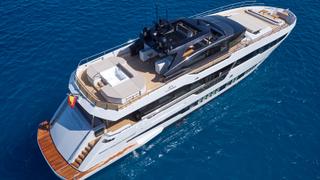 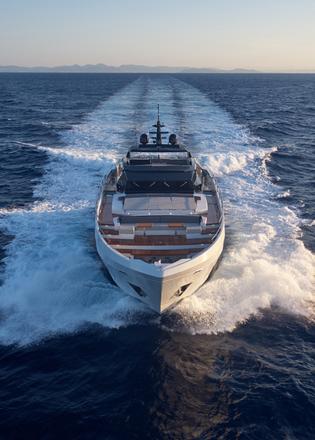 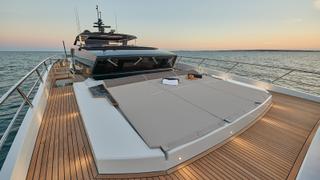 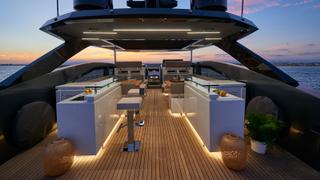 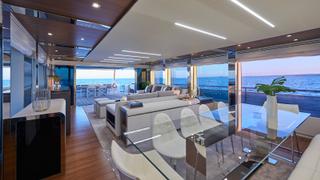 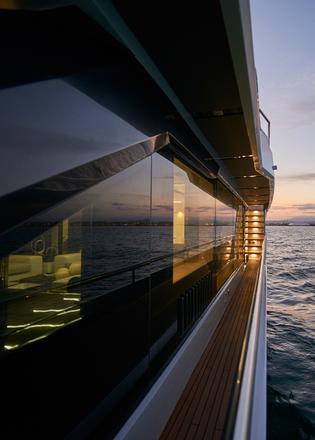 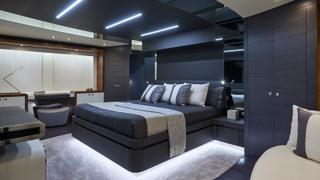 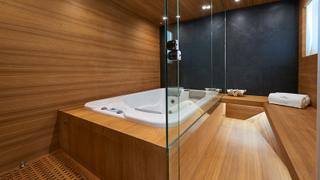 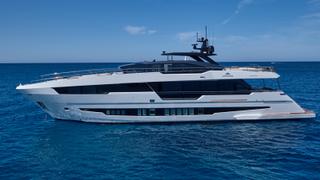 Much like the ancient Roman god Janos, the Astondoa 100 Century yacht Ninitas looks both forward and backwards. Her links to the Spanish yard’s proud heritage are evident in the model name (100 Century refers to Astondoa’s recent centenary), however the interior is as modern and stylish as any gracing the docks of the 2017 Cannes Yachting Festival, where Ninitas made her public debut.

Building on the success of the Astondoa 110 Century yacht Sophye, which was delivered back in 2016, Ninitas packs many of the same premium features into a more compact 30.45 metre package.

Take a closer look at the Astondoa 100 Century yacht Ninitas

The owner and captain were involved in the project from an early stage, explains yard CEO Jesus Astondoa Diaz de Otazu, the fourth generation heir currently at the helm of the family business.

“Managing to create an extremely spacious flybridge while maintaining wide and practical side passages was one of the main challenges during the construction of the yacht,” he adds. “We are very satisfied with the results.”

Indeed, the flybridge is truly striking, setting Ninitas apart in a crowded area of the market. Running almost the entire length of the yacht before steps come into play, this vast expanse of teak leads guests from the sunpad-flanked Jacuzzi back aft, past the upper helm along wide side decks to a vast sunbathing space, with easily enough room for three people. Two steps lead down to the forward-facing seating area — an idyllic spot for watching the sun go down, cocktail in hand.

Ninitas’s retractable sunroof means that sun worshippers can relax amidships as well, their every whim catered to by the outdoor galley. Astondoa designed this space to be used more frequently than the main-deck galley; hence there are two separate areas — a wetbar with icemaker and a barbecue grill.

Ninitas made her public debut at the 2017 Cannes Yachting Festival

“Despite the highly geometrical, rigorous design, we gave all environments a cosy feel by adding loose furniture,” Gatto explains. "We designed linear, extremely contemporary interiors where orthogonality is the red-thread throughout."

Ninitas’s full 6.9 metre beam is put to good use in the main-deck master suite, which is situated forward and boasts a palatial en suite. That said, none of the three cabins below decks feel pinched, leaving plenty of room for six guests to spread out and relax.

In a testament to Astondoa’s versatility, the space where the fourth cabin would normally sit has been used to fit a superyacht spa, complete with Jacuzzi and hammam.

Out on the open water, Ninitas boasts a sporty top speed of 26 knots and comfortable cruising at 22 knots, thanks to a pair of 2,185hp MTU 16V2000 M86 engines. Should a future client want even more power, Astondoa can fit twin 2,400hp M96 units instead.

Since her starring role at Cannes, Ninitas has gone on to provide her owner with a few weeks of blissful cruising, taking in Ibiza and Formentera before finishing up at her winter berth in Santa Pola.

For Astondoa, this is the latest step in the transformation of their range, which looks set to continue, with a 39.6 metre 130 Century design currently on the drawing board.

“It was also the right time for the company to change and evolve,” adds Astondoa. “The Century Range represents this evolution, maintaining our distinctive features while daring to include more modern lines.”

And based on the overwhelmingly positive feedback the company received at Cannes, this daring approach will continue to pay dividends in the years to come.

Wings to fly — Brazilian flair on board Astondoa Century 110 Sophye