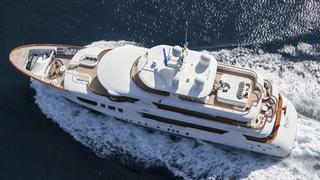 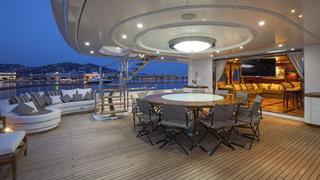 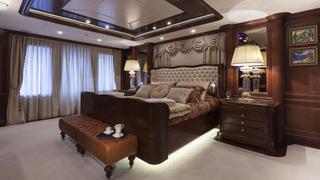 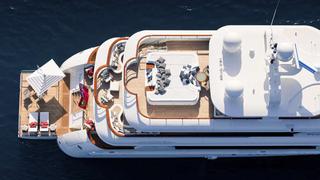 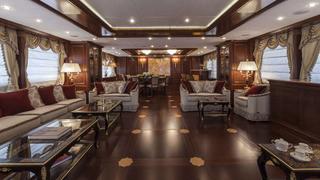 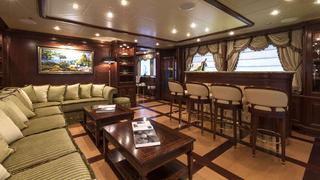 Building a debut boat is challenging at the most bountiful of times. But for a new yard to prove itself to the market as the financial crisis hit, toil, persistence and courage were required. Viudes Yachts, a Barcelona-based builder, started its first project, the 45 metre motor yacht Pride, in 2008.

‘She was a speculation boat from the beginning; we were hoping to sell her and have interest from the market, or maybe to be able to build two in parallel,’ says Pedro Millet, director at Viudes Yachts.

The project caught the eye and soon Viudes was enjoying the prospect of building the first model on spec and the second for a client. Then the global financial crash happened and buyers across the market put their wallets back in their pockets.

But Viudes kept building its 45 metre because, as Millet puts it, ‘People don’t have trust until they see the project finished and in the water – so the yard decided to invest to show to the market what we are able to do.’

The steel hull, aluminium superstructure, engineering and major systems were constructed at the builder’s Barcelona facilities, then the boat was transferred to Mondo Marine in Italy for fit out: electrics, teak decking, interiors, décor and painting. Viudes oversaw the work of Mondo Marine’s teams and all other contractors.

Indeed, the desire behind the boat was to characterise the Viudes brand. Two priorities were set: a feeling of proximity to the sea, and volume. Underlying these was the decision to finish the boat, but leave facilities flexible.

The volume issue was tackled through the initial decisions to ask Barcelona-based naval architect Isonaval to design a naturally voluminous displacement hull, with a 9.5 metre beam and classically styled superstructure – curving exterior lines can smooth away space. Viudes made every possible area into living space, even squeezing a sauna and shower room forward of the beach club, in what might otherwise have been storage.

As the next step, Viudes got physical. ‘We did a 1:1 scale mock-up of the complete boat in plywood – three levels,’ says Millet. ‘We were able to go “on board” and play with the sizes of rooms, where to put the fan coils, what we could do to modify walls and all of that. The VIP was achieved playing with the bow in this way.’

The resulting cabin, forward on the lower deck, sacrifices direct crew access to guest accommodation from the service areas in the bow, but does feel spacious for a 45 metre. It is full-beam, with a seating area, huge double bed, walk-in wardrobe and en suite. There are four more cabins aft of here, two twins and two doubles, since the builder was also keen to offer a six cabin layout as a distinguishing feature: ‘Very few 45s have six cabins and on the ones that do, the cabins are not the size of ours,’ asserts Millet.

These cabins do indeed feel spacious and this has a lot to do with the minimum head height of 2.15 metres Viudes insisted on throughout. The interior decoration relies on this feeling of spaciousness. The classical style features rich cherry wood floors and paneling, beige upholstery, swagged curtains with an abundance of tassels, gold baroque flourishes, onyx bar tops and portoro marble en suites. Most striking is a two metre-long crystal chandelier by Laudarte that hangs in the stairwell. It is a lot for a 45 metre yacht, but because of the tall spaces the effect is grand rather than crowded. This is particularly apparent as you descend the wide, cream-carpeted staircase from the main deck lobby to the lower deck lobby – flanked at the bottom by two brass columns topped with cut glass balls. It feels like the feature of a much larger boat.

But on-board life is focused on the exterior and the most notable feature of the yacht is the huge aft swim platform, developed with nautical fittings specialist Sanguineti Chiavari. It not only provides a generous outdoor space on the water, but also features an aft swim ladder that can be raised or lowered 2.8 metres – down into the water or up to the dock. When the stern is closed, this operates independently as a passerelle from the main deck. Forward, a beach club has been created by locating the Castoldi tender and two jet skis in an adjacent garage with side launching (via a hydraulic crane).

A connection with the outdoors is also maintained by fixed balconies either side of the full-beam, main deck master cabin. The suite also has a grand, black, marble and onyx en suite (with spa bath and two showers, one with a steam generator) two dressing rooms and a large office.

The 115 square metre sundeck is the ultimate expression of Viudes’ focus on outdoor living. It offers a wet bar with fridge, ice maker, teppanyaki grill and dumbwaiter from the galley, plus lots of seating and lounging areas. But the deck also features an example of the flexibility of Pride: a sunpad island accommodates a circular table with seating, but under the deck is all the plumbing for this to be transformed into a spa pool. ‘We have the drain, the water connection,’ says Millet, ‘If anybody asks, we just cut around and put the [spa pool] in where the table is now.’

The upper deck gym, forward of the upper saloon, is also adaptable. ‘We haven’t put any machines in yet so that an owner can choose what he wants,’ says Millet. ‘But also, because one will want a gym, another will want a cinema, we have the equipment behind the wall so if you want to put a Kinesis (strength training) machine in, it’s prepared, and we have all the connections behind the wall for a big TV.’ This prepare-for-anything attitude also applies to the galley, where four tall units can be used as either fridges or freezers, depending on cruising plans.

Pride is engineered to cruise the globe at a stately pace, with two Caterpillar 970kW engines and a 72,000 litre fuel capacity offering a range of 5,200 nautical miles at 10 knots. The engine room is spacious and neat, with finishing by Mondo Marine. ‘We were not concerned with the speed,’ says Millet, ‘it was more a question of comfort; we were ready to sacrifice some speed to have bigger spaces, low consumption and a nice range.’

The wheelhouse was installed with Italian company DomoSystems, which also installed the entertainment systems, controlled throughout by iPads. The bridge is integrated, with touch screens, while reverse angled windows offer 280 degrees of visibility and wing stations are on both side decks.

With plans for a 24, 30 and 52 metre – if clients come along – Viudes seems to positively thrive in adversity.

This is an abbreviated version of a feature that appears in the July 2013 issue of Boat International.