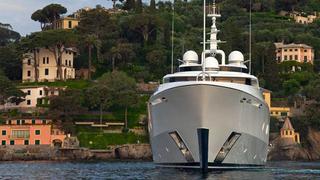 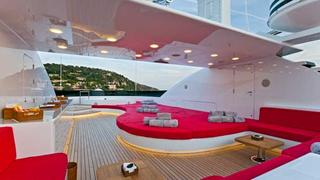 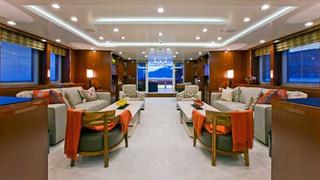 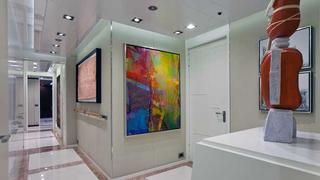 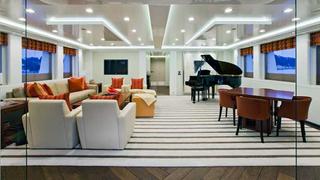 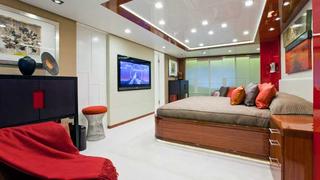 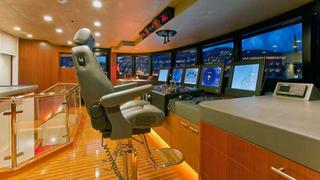 Turquoise: the makings of a Turkish superyacht dynasty

Newly launched from Proteksan Turquoise, Turquoise has a certain degree of deja vu about her. Seventeen years ago, the Gunay Construction Company, a virtually unknown shipyard in Turkey owned by businessman Mehmet Karabeyoglu, launched its first yacht – an attractive 50 metre called Turquoise. Not only was this first Turquoise (renamed La Naturalle Dee) a great success, cruising the world’s oceans with her American owner, but she also gained an enviable reputation as a yacht for charter.

This success was reflected in the fortunes of yard, which first changed its name to Turquoise Yacht Construction, and in 1997 teamed up with Proteksan Yachts, another progressive Turkish yard, to form Proteksan Turquoise. This new partnership went on to launch yacht after yacht, many of them based on Turquoise’s original design. The company eventually moved to its own modern, purpose-built shipyard in Pendik on the Asian shore of Istanbul, from where the new Turquoise was launched earlier this year.

Like its predecessor, the new 55.4 metre Turquoise was designed by to meet the owner’s need for a combination of worldwide cruising and chartering, as well as satisfying his passion for scuba diving. Turquoise, which is availble for charter,_ _ boasts a highly efficient hull form and a layout that drew heavily on her predecessor, but is by no means identical. Major among the changes was the repositioning of the tenders that were formerly stowed on the main deck aft to two large tender garages on either side of the foredeck, and the freeing up of lazarette space to provide storage room for scuba and fitness gear, as well as an inflatable decompression chamber.

Turquoise has an elegant, masculine look created by her high bow and an almost flat foredeck that runs aft to the vertical windows of the bridge.

The sun deck, which optionally can be shaded by awnings, offers a huge, sinuously curving area paved with sun pads and two facing L-shaped settees under the shade of the radar arch. The bridge and main aft decks provide shade along with some elegant open-air lounging, dining and entertaining spaces. Stairways from the main deck aft give easy access to the bathing platform.

The yacht’s interior ideally serves the owner’s needs as a place to relax and be at ease. The design was created by Julia Busby of HOK Interiors, who has decorated three residences for the owner. She teamed up with Murat Suntay of Suntay Design in Istanbul who has extensive experience with the detailed engineering of yacht interiors. The result combines understated elegance with high practicality and functionality, as well as superlative comfort.

Against a background of figured makoré and sapele woods, contrasted with bright lacquers, pale wool carpets, luxury leathers and a selection of locally sourced marbles, the interior is furnished with cabinetry by local specialist manufacturer Berline. Loose furniture was sourced from quality design houses, while the carefully selected artworks add a well-travelled, eclectic feel. The contemporary artwork ranges from master sculptures by Hepworth and Arp, to glass pieces by Chihuly and Boyadjiev and striking works from up-and-coming artists.

The interior layout, as with all aspects of the yacht, was created around the earlier, well-proven, concept. Four sizeable guest cabins, set amidships on the lower deck, are accessed by a ‘floating staircase’ whose leather-covered frosted treads are cleverly lit from within. The combined saloon and dining saloon on the main deck is slightly more formal than the upper deck saloon, which is particularly spacious, thanks to the lack of side decks at this level. The presence of a grand piano, games table, elegant plank floor and television mark this area out as a family living room and the likely hub of any cruise, private or charter.

The owner’s suite is forward on the main deck and is tailored to the family’s needs with a large en suite bedroom for the owner’s son in addition to a full-beam master suite and a huge full-beam bathroom forward. The captain’s cabin is aft of the bridge, while the crew quarters are located forward of the guest area on the lower deck.

Because of the slender hull shape responsible for the yacht’s speed and efficiency, the bilges are necessarily shallow, which means that the limited space on the tank deck is accessible only by a hatch. Nevertheless, this deck still provides a surprisingly large area for cold stores, a wine cellar and dry goods storage, which gives Turquoise enviable self-sufficiency for the long-duration cruises anticipated by her owner.

Yachts that plan to cruise in out-of-the-way places need to be reliable, and with this in mind, all machinery and technical areas aboard Turquoise were developed with the guiding principle that they should use well-tested machinery and favour manual operation over complex automated systems. However, charting is fully electronic ECDIS that is integrated with the yacht’s radars, while the boat’s tenders and personal watercraft are fitted with electronic tracking devices that plot their position on the chart display.

The engine room is neatly and spaciously laid out, its wiring and pipework all marked up, while the yacht’s widespread use of highly efficient LED lighting with its low power consumption and minimal heat output reduces its power requirement to an economical 300 kilowatts.

The launch of Turquoise, together with a clutch of other distinguished superyachts, substantiates Proteksan’s leading position in Turkey. This owner certainly believes that the deja vu experience of the first Turquoise will continue, and that, at two-thirds of the price of a Northern European yacht, she represents good value for money.

The 40m Low Profile is a sumptuous villa at sea

Head of Proteksan Turquoise comments on sinking of superyacht Yogi