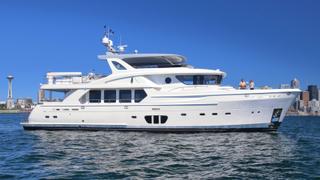 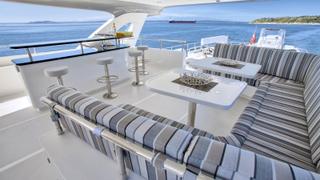 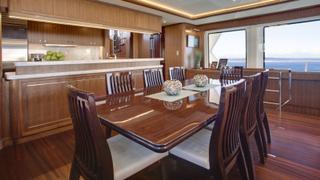 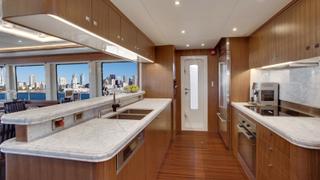 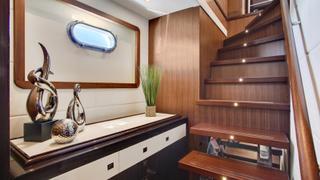 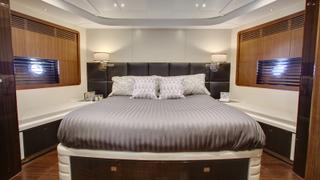 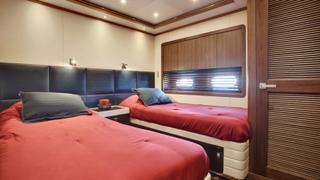 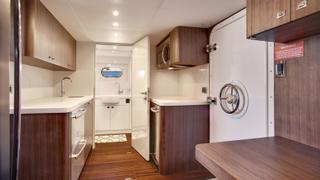 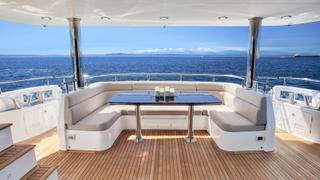 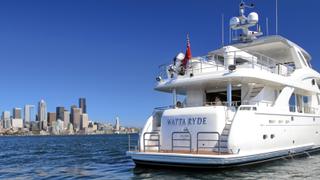 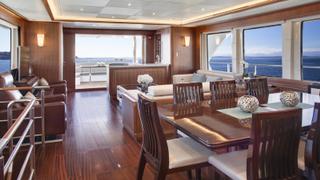 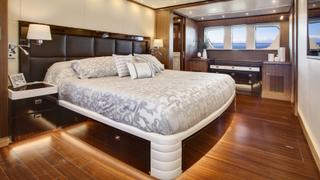 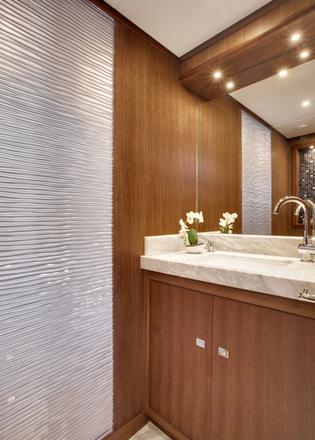 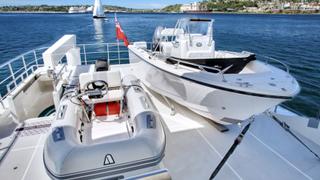 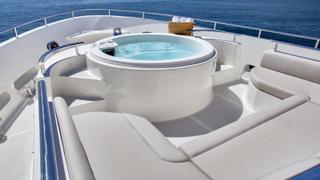 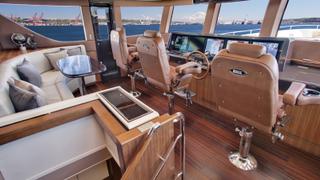 The largest Selene yacht to date, a stylish 28 metre trawler designed in collaboration with Guido de Groot Design, has escaped the limelight until now. A long time in coming, Watta Ryde was first floated in China in June 2015 and was officially handed over in May 2016. Once she arrived to the west coast of the North American continent her owners jumped aboard and went cruising.

Watta Ryde, built in China by Jet Tern Marine, proved worthy of her name — comfortable, pleasant, easy to handle and efficient, according to her owner. “We had some time around the San Juans which was excellent. The yacht handles excellently, rides well and we cruised at around nine knots only burning nine gallons of fuel per hour,” he says.

Equipped with twin 475hp engines from MTU’s 60 series, Watta Ryde carries more than 23,000 litres of fuel giving enough range to get to reach the Marquesas from the west coast of the United States.

An experienced boater who enjoyed a smaller Selene, the owner really liked the rendering of what would become the Selene 92 Ocean Explorer. A couple of contracts were signed at the 2010 Cannes Yachting Festival, and Watta Ryde became hull number one.

What attracted him especially was an unusual combination of modern styling devised, by Dutch designer Guido de Groot in collaboration with Selene, and the capabilities of an ocean cruiser — this full-displacement boat built in fibreglass is fitted with a bulbous bow.

Guido de Groot came to yacht design by way of car design, an experience that informed some of the curvaceous features of this attractive boat. Where most trawlers are tall, square and blunt, the Selene 92 Ocean Explorer is graceful and curvaceous, without sacrificing some beloved features of the Selene trawlers, including the Portuguese bridge and raised pilothouse.

The interior of Watta Ryde is modern and classic all at once, owing to the walnut used for furniture, accents on the headliner and the Amtico dark walnut flooring. The owners told the designer that they wanted the feel of a home, and that’s exactly the impression they had when they finally were able to step aboard. Large windows were another important feature and they keep the interior bright.

Assisting the owners with the Watta Ryde project for a time was David Kane, a captain who had worked with Selene’s west coast dealer for four years and was involved with the flagship project from inception.

He went to China for the sea trials and has helped them on and off since delivery, acting as their captain when they need a hand, which, he says, is “rarely.” Like most trawler aficionados, these superyacht owners are very experienced and usually spend extended stretches on board. So it was primordial that they feel comfortable.

Take a look inside the Selene Ocean Explorer Watta Ryde

Watta Ryde has four cabins; three guest cabins and a full-beam owner's cabin, with en suite, located amidships and accessed through its own private entrance — a layout that works very well for family use and charter. The boat also has two laundry areas, including one within the owner’s suite.

Nothing feels tight thanks to good headroom and accesses, even in the crew area with two cabins — one with a full bed for the captain, the other a two-bunk arrangement — and a small mess area with double counters and a desk.

The main deck is the social area on Watta Ryde, with a nice flow from the saloon’s entrance doors to a first bar with Carrara marble countertop adjacent to a Subzero wine cooler and refrigerator combination.

A comfortable seating area comes next and the formal dining space with a custom made table in high gloss walnut, which is connected to a well-equipped and bright galley with direct access to the portside deck.

Watta Ryde has no shortage of options for outdoor dining and entertaining. In addition to the usual dining area-cum-banquette on the aft main deck, the superyacht sundeck has two more tables on stainless steel pedestals and ample seating.

It is of an impressive size with plenty of coverage from the hardtop for the dining area and bar, plus space aft for a couple of superyacht tenders and the crane to launch them.

Since this is a busy deck, the finish is an easy-to-maintain non-skid surface, which can be hosed off easily. Kane likes the low maintenance philosophy of Watta Ryde, with teak used only in a few key areas, the aft deck, swim platform and side decks. Devoid of teak caprails, the boat is painted Alexseal white.

Surprisingly, the superyacht spa pool is not located on the flybridge deck but forward on the main deck, which is a good idea as it gives a useful function to a space that, Kane says, is seldom used on most boats.

It comes with a dedicated holding tank to recycle the water, and empties in three minutes. “I could definitely see using that while on the hook at Big Majors or just inside the mist line of a waterfall in Southeast Alaska,” he says.

On the operation side of things, the captain gives Watta Ryde high marks. Visibility is very good from everywhere. The boat has five helm stations, including the main one in the raised pilothouse, a private space with a small banquette for guests and three comfortable helm seats.

For even more ease of manoeuvring, Watta Ryde is also fitted with 50hp bow and stern thrusters that can counteract a strong current. “If you scratch the boat docking, you’ll have some serious explaining to do,” he says.

During sea trials, classification society RINA’s representatives mandated some pretty rigorous moves that showed this boat to be quite capable, including a 540 degree turns at 90 per cent throttle, with and without its ABT-Trac stabilising system on. Under normal conditions, Watta Ryde is a pleasure to handle, says the owner and captain.

“It just scouts along, and it has great efficiency even with some pretty big bumps,” Kane says. “The Selene 92 is the kind of boat that allows you to discover the Pacific Islands for yourself, or hopscotch the Dalmatian coast, explore the fjords and sounds of Alaska, and make an appearance at some of those famous spots along the Riviera.”

The owners love their boat but their professional life requires their attention at the moment. So they have listed Watta Ryde for sale with the Hampton Yacht Group in Seattle. If they don’t sell right away, they plan on cruising Alaska, which sounds like it’s something they really would like to do. In in Watta Ryde, they have the perfect boat to do so in comfort and style.