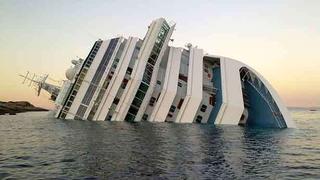 Superyachting can be said to have been growing up over the last 20 years, a time during which an entire industry has evolved to give insurance advice to the owners of very large vessels.

Yacht management companies and specialist yacht insurance brokers are often consulted to help owners find comprehensive insurance coverage in keeping with their needs. These specialists are familiar with the complex legal issues and the insurance companies that might  or might not  be capable partners in showing yacht owners how to buy superyacht insurance.

But what do owners who need to consider managing their yachts on a personal scale? With the rapid growth of yachting around the world, many more insurance carriers offer coverage for vessels over 24m that are valued at between $5 million to $25 million (£3.2 million to £16 million).

Their products can vary greatly, but the differences are sometimes hard to discern, except by experts in the field. Indeed, at this level the decision making process is often handled not by an expert, but by the yacht owner, his captain, accountant, or personal assistant, none of whom will be well-versed in insurance contract language and will not have much time to devote to this responsibility.

Generally there are two ways for an insurance carrier to define what is covered in a policy:

Specifying what risks or perils are insured in a Named Perils policy, or
Declaring that everything is insured except what is excluded: an All Risks policy.
Named Perils
Under a Named Perils policy, the policyholder bears the burden of proof that a given risk is insured, and proving that a particular risk is covered if it does not exactly fit under one of the named perils (is a bent mast the same as a broken mast?) may be grounds for an insurer to try to negotiate a lower settlement.

Unfortunately, you might be forced to decide, in view of potential legal costs, that although this is not the fairest solution, it is the most economical.

Alternatively, the insurer may deny the claim entirely and you will have to hire the services of legal counsel to attempt to prove otherwise.

Exclusions
Both types of contracts have exclusions, and these must be read carefully to interpret the full breadth of cover. Even a Named Peril may be excluded or modified elsewhere in the contract.

If, for instance, your vessel has more than a certain maximum design speed, the application of a speedboat clause would exclude damages to your rudder, strut, shaft and propeller due to grounding  a typical (and potentially expensive) Named Peril.

Many insurance policies exclude or limit coverage due to latent defects in a yacht or any arising from the design or manufacturing methods and processes. Damages resulting from these kinds of defects can be difficult to prove or disprove, particularly when the part in question may be at the bottom of the ocean and irretrievable.

It is often possible to negotiate with your insurer to delete this exclusion entirely, which in the world of double negatives means that you have coverage again.