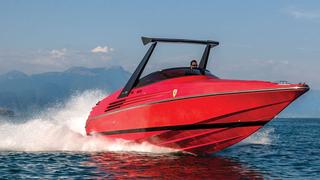 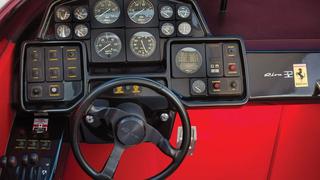 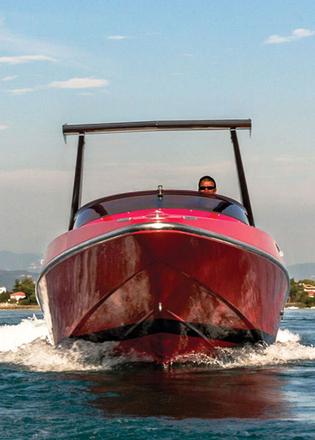 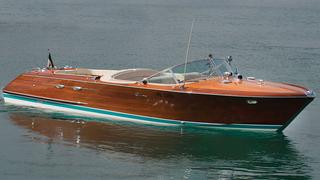 A rare 1990 Riva Ferrari 32 is to be auctioned at the Grand Prix Historique in Monaco on May 14.

The 9.92 metre vessel is predicted by its auction house, Sothesby’s, to sell for a minimum of €180,000 as Ferrari enthusiasts bid to stand out in the Monaco harbour.

The number 32 represents her length, in feet, and with her Vulcano 400 engines is designed to reach speeds up to 62mph. There is a spacious sleeping cabin located below bow while twin 390 horsepower V-8s rest abaft. She is hull number 28 of only 40 produced.

Riva will also be offering a stunning 1974 Riva Aquarama Special Lealena, which could fetch as much as €500,000 according to Sothesby’s.

The Aquarama Special was an improvement of earlier models, with a longer, more efficient V-hull design, more power from two 350 horsepower Riva V-8 engines, and numerous luxury details. It was the final mahogany runabout built by Riva, with the very final example being delivered in 1996.