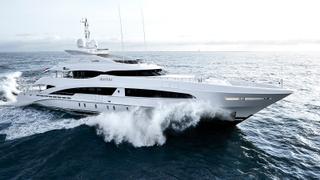 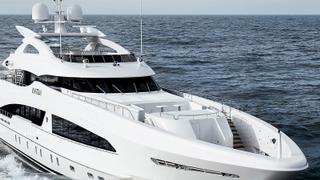 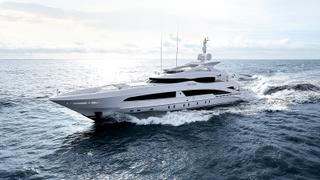 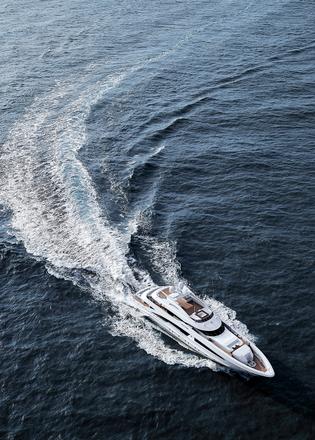 The 49.8 metre Heesen motor yacht VanTom has been delivered following extensive winter sea trials. Built to ABS standards under the codename Project Alba and sold in December 2015, this all-aluminium yacht features exterior styling by long-term yard collaborator Omega Architects. As with many Heesen projects, she was started on speculation, but there was still plenty of room for customisation with the owner brought in just five months later.

David Burge, captain of VanTom, said, “During sea trials, the yacht handled extremely well and gave a very smooth ride, even whilst proceeding at a speed of over 20 knots with a sea running. I am most excited about our maiden voyage down to the Mediterranean Sea and very much look forward to the 2018 summer cruising season.”

Accommodation is for up to 12 guests split across six staterooms, including a main deck master suite and five lower deck guest cabins. Meanwhile the crew quarters allows for a staff of up to nine people.

In a statement released last year, the yard explained, “The owner and his wife worked closely with Francesco Paszkowski, Margherita Casprini, and the shipyard’s engineers to create an interior design that reflects their taste and the lifestyle of their family: a contemporary and unique aesthetic of understated elegance where they can enjoy peace and relaxation and feel at home.”

Take a closer look at the Heesen superyacht VanTom

Space, sportiness and elegance were key to the brief and this was achieved through the use of continuous sheets of triple-laminated glazing, giving the windows a seamless look. Her vital statistics include a nine metre beam, 2.5 metre maximum draught and a total interior volume of 499GT.

Other superyacht projects currently under development at the Dutch yard include the 51 metre Heesen 18151 — a Harrison Eidsgaard design that is due to launch before the end of the year.