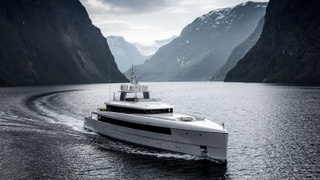 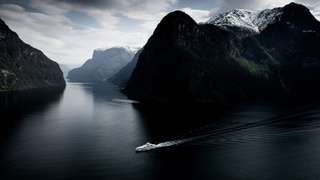 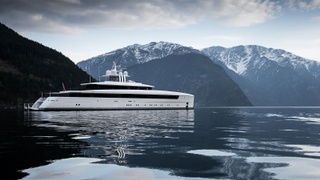 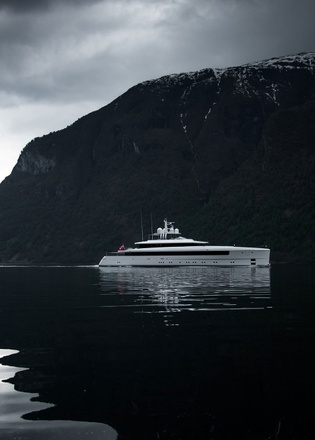 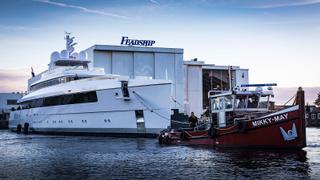 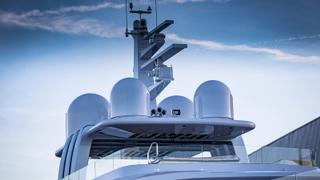 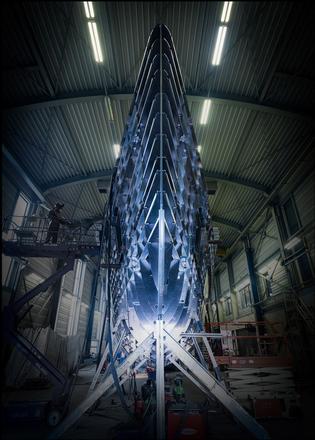 The 58 metre Feadship superyacht Najiba has been spotted cruising the fjords in Norway after departing the Dutch yard earlier this month.

Najiba, meaning "noble", left the Netherlands-based yard for her maiden voyage to Bergen, Norway with yacht manager MCM revealing Najiba's owner will enjoy the fjords before heading south to spend the summer season cruising the Mediterranean with friends.

Owner's representative Peter Wilson reported a smooth performance on Najiba's maiden voyage. "The team on board, including Feadship representatives, reported zero issues in the trip up to Norway. The seakeeping of the vessel was excellent and she made good speed, averaging roughly 13.5 knots between Amsterdam and Bergen," he said.

The design was the result of three years of collaboration between the designer, led by Philippe Briand, and the "highly experienced" owners, who have owned two yachts previously.

Vitruvius previously revealed that it focused on producing a yacht that featured "well-balanced architecture and clean design".

Najiba, the fifth yacht designed by Vitruvius, "has been designed for efficiency and to deliberately express purity through minimalist, striking lines."

"The brief was to create an environment that would be comfortable for the family, both at sea and when moored." The design firm pointed to an "extremely efficient" hull design by Philippe Briand which "reflects the true DNA of Vitruvius Yachts."

The interior by Studio Liaigre features wood contrasted with "immaculate white surfaces", resulting in a style that "transports the guest to a whitewashed beachside villa."

Speaking at the launch earlier this year, project manager Wilson said the yard had managed to "bridge the gap between dream and reality." Addressing Feadship's assembled workforce on January 3, Wilson said: "Najiba is a truly remarkable superyacht and the family are thrilled with what you have created for them."

Take a closer look at the 58 metre Feadship Najiba.Photos courtesy of Feadship

Wilson added: "They had seen Feadship quality in other yachts, hence the longheld dream to develop one of their own. Even so, the owners and their extended family could not believe their eyes when the final result was revealed to them this morning."

Designer Philippe Briand previously described the yacht "as a Mediterranean boat with plenty of accommodation and a nice aesthetic."

“Our interpretation of beauty is a stretched, low profile, which makes this design a little bit different,” he added. “This spirit runs from the keel to the mast — it is fresh, pure and transparent.”