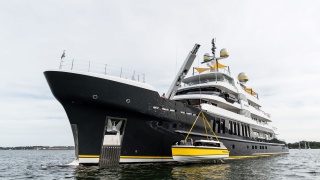 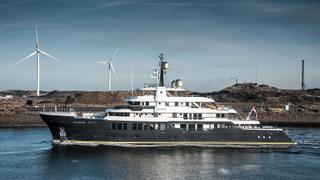 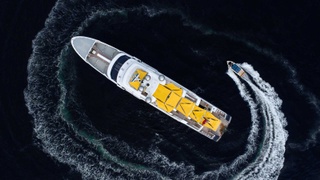 Video: On Board the 64m Hakvoort Flagship Explorer Scout

Hakvoort's 63.72-metre flagship Scout has been captured inside and out in a new video on board the explorer.

Scout, which is designed to look like a conversion from a commercial vessel, was launched for the first time in December 2018 and delivered to her owner in April this year.

Built in steel and aluminium, Scout was designed inside and out by H2 Yacht Design, with naval architecture by Diana Yacht Design.

She was built for an experienced owner who wanted to build a boat inspired "by the iconic 1950s movie, 20,000 Leagues Under the Sea," the yard said. It added that the result is "a strong vintage maritime aesthetic" that is "authentic to the owner’s vision".

Founder of H2 Yacht Design, Johnny Horsfield, revealed the owner was closely involved throughout the process. "The overall interior aesthetic can best be described as Jules Verne meets Ian Fleming meets Fritz Lang," he said. "We were inspired by the underwater world, sea creatures, and this industrial, nautical design philosophy - with a hint of a Bond villain’s lair.”

With a beam of 11.6 metres and a draft of 3.25 metres, Scout accommodates eight guests across four staterooms on the main deck, with a dedicated owner’s deck above. Each cabin is designed with a specific nautical design. Crew accommodation meanwhile is found on the lower deck.

Scout also has "forward-sloping windows that embody the trawler-aesthetic of her design", a high, Ice Class bow and cut down bulwarks.