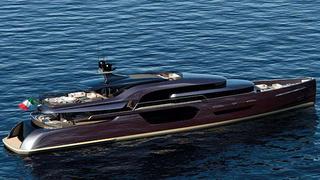 Detailed market analysis resulted in a particularly innovative yacht that provides a beach opening on three sides and a central atrium that captures the sunlight filtering through the full-height windows.

The series is based off Vripack's LDL (low-displacement length) hull – a slender, high-performance hull form seen on the Vripack-designed NED 70 yacht launched in 2012. The Envy series would be built with an aluminium hull and superstructure, and Tecnomar is planning 33m, 40m and 50m versions. Tecnomar will be hosting a presentation of the new concept at the Monaco Yacht Show in September 2013.