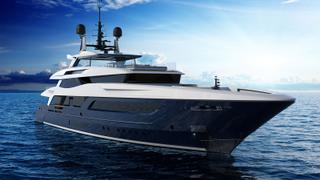 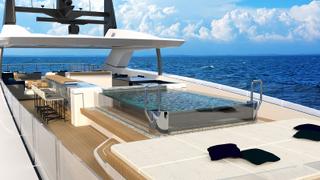 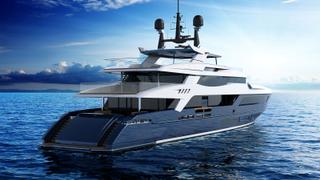 Italian yard Baglietto has given an update on its in-build 55 metre superyacht Project 10225, which is on schedule for delivery this summer.

Designed by long term Baglietto collaborator Francesco Paszkowski, the yacht is part of the yard’s traditional T-Line, with key exterior details including lowered gunwales and side air vents.

Paszkowski also designed the interior in collaboration with Margherita Casprini, which has been described as “warm and cozy” and “perfectly set up for charter.”

A total of 12 guests can be accommodated in six cabins. The master cabin and two other guest cabins are located on the main deck, which is intended for family use.

Two additional guest cabins sit on the lower deck while the final guest cabin sits on the upper deck and includes a sofa and two Pullman beds.

The crew area, which includes a crew mess and six en suite crew cabins, sits on the lower deck next to the adjoining galley. The captain’s cabin meanwhile is on the upper deck, next to the wheelhouse.

A central lobby with a striking marble panoramic lift connecting the three decks will sit on the main deck. On the same deck, the main saloon with sitting area aft is enclosed by a glass window. The dining area with a central round table will complete the layout.

Another 10-seat dining table complete with a bar will sit on the upper deck while the 150 square metre sun deck features another bar and a swimming pool.

Tender and toys will be stored on the foredeck, allowing more space to be dedicated to the 55 square metre beach club.

Two Caterpillar engines meanwhile will provide a top speed of 17 knots and cruising speed of 12 knots.