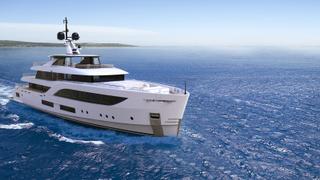 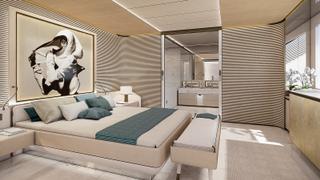 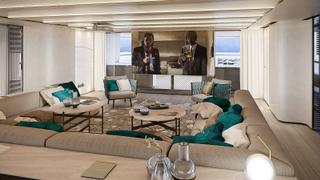 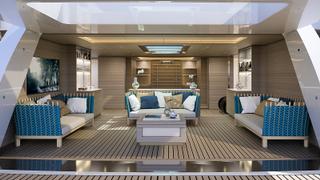 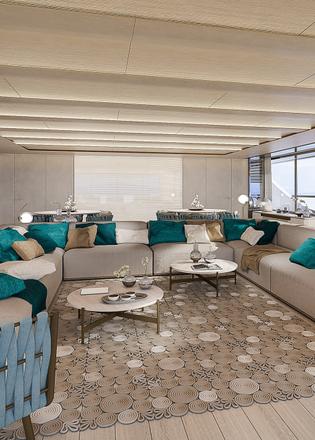 Italian yard Baglietto has unveiled the interior design of the 54 metre in-build superyacht Project 231 for the first time.

Penned by design house Hot Lab, the interior sports "a layout conceived for a large family", with two master cabins on the main deck, four guest cabins on the lower deck and a number of customised areas for children.

Two design strands - informal and refined - will run throughout the boat at the specific request of the owner, according to chief designer Enrico Lumini.

The main saloon and exterior areas will be "informal", while the private areas, including the cabins and dining room on the upper deck, will be more refined.

Pale and natural colours will lend the yacht an "Italian flair", while soft textures and smooth curves will also feature. Key materials will include sandy coloured woods, leather, brass and lacquered panels alongside Italian marble. Ground lights and mirrors meanwhile will create "a warm play of shadows." The result will be "modern and cosy interior decor," the yard said.

Sold in summer 2017, the displacement yacht will be built from an aluminium hull and superstructure to Lloyd’s Registry standards and is due to be launched in 2020.

The yard also revealed that Horacio Bozzo Design has created the exterior lines for the tri-deck motor yacht, while naval architecture will be done in house.

Her vital statistics include a 10.4 metre beam and a maximum draught of 2.6 metres, with a transatlantic range of 4,500 nautical miles at a cruising speed of 12 knots.

The main saloon and exterior areas will be "informal"

Chief executive of Baglietto, Michele Gavino, previously said: “I am very proud of this new build — it rewards the hard work the shipyard has been doing during the last year. We have made a great effort in research and development of a new product range and this special yacht, based on a brand new platform both in terms of engineering and styling, confirms we are following the right directions.”

The yard also announced that it currently has five yachts under construction at its La Spezia facility. These include a 43 metre Fast Line HT and a 55 metre and 40 metre yacht with exterior design by Horacio Bozzo and interiors by Hot Lab and Achille Salvagni. Construction has also begun on a third 48 metre model in the T-Line on speculation, with delivery slated for 2020.