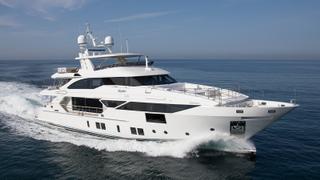 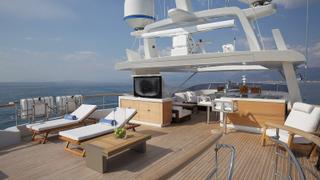 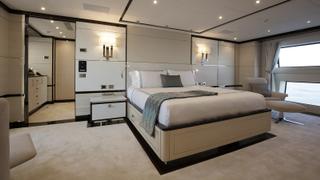 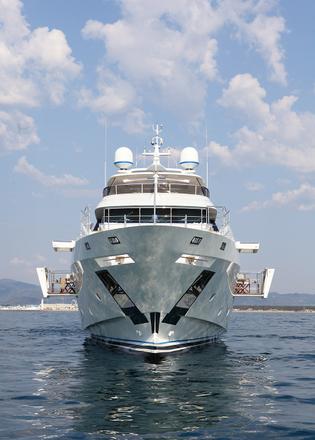 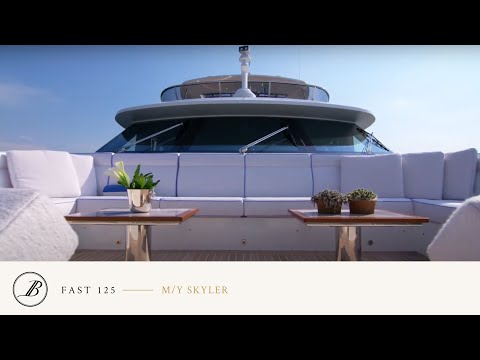 Italian yard Benetti has announced that it has delivered Skyler, the third hull in its Fast 125 series of 38.1 metre yachts, to her new owner.

As with the previous yachts in the series, 2015’s Iron Man and the recently delivered Constance Joy, Skyler features exterior styling by Stefano Righini, but with a few notable tweaks, such as a raised brow above the superyacht wheelhouse and a modified superstructure arch that lets more light into the upper saloon.

British studio RWD provided the interior décor, which is based on the Air configuration, the most modern and minimalist of the three styling options provided for the Benetti Fast 125 series.

Accommodation is for ten guests split across five staterooms, including a full-beam owner’s cabin on the main deck that boasts fold-out superyacht balconies on both sides. On-deck relaxation options are plentiful, with al fresco dining provided on the upper deck, a large bar area on the sundeck and a foredeck superyacht spa pool.

Take a closer look at the Benetti Fast 125 yacht Skyler

Another notable feature is Skyler’s lightweight Azipull C65 propulsion system, which was developed by Rolls-Royce specifically for the Benetti Fast 125 collection. This uses carbon fibre throughout, even on load-bearing parts, thus significantly reducing the overall weight.

Other superyacht projects currently under development at the Italian yard include Lejos 3, the fourth hull in the Fast 125 series, which is due for completion before the end of the year.