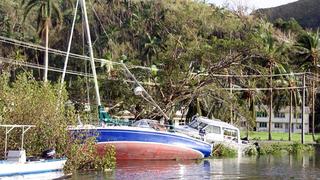 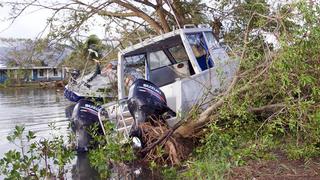 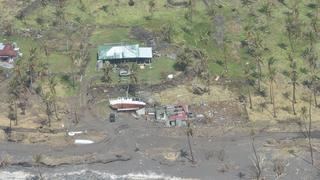 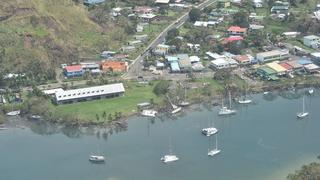 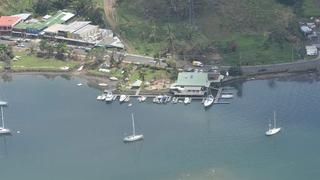 A number of ships, yachts and boats were washed ashore amid the widespread devastation caused by the category five tropical storm, Cyclone Winston, which hit the archipelago last weekend (February 20).

The Fijian Government has released photos that help to emphasise the level of destruction caused by the storm, which has been reported as the most devastating storm on record in the Southern Hemisphere.

The storm has destroyed homes and livelihoods and has cut Fijians off from utilities, telecommunications and essential medical services. The Fijian Government is now working hard to help all affected Fijians to recover from this tragedy.

The Fiji Times _reported that 18 foreign-owned boats were washed ashore in Savusavu during Cyclone Winston. Tony Philp, owner of Copra Shed Marina and Vuda Marina, told _The Fiji Times that local people had come together to try and help refloat the yachts, but that it would take a few weeks.

Savusavu, known as ‘the hidden paradise of Fiji’, is famous for its hot springs and is home to a growing community of expat Americans, Australians, New Zealanders and Europeans. The Copra Shed Marina, which was built in the 19th century, is a major landmark in Savusavu.

"Some of the yacht owners were absent or were overseas and they have been notified," said Philp. He added that Vuda Marina on the main island was cyclone proof thanks to a sea gate which had remained closed, and the yachts were safe. However the Copra Shed Marina was not as protected and a number of boats broke free of their moorings and were washed ashore. The cost of the damage has not yet been determined.

Savusavu and the surrounding area, including the Copra Shed Marina

Photos courtesy of the Fijian Government