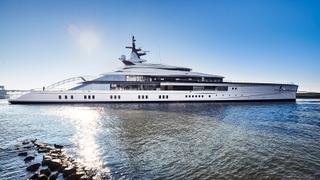 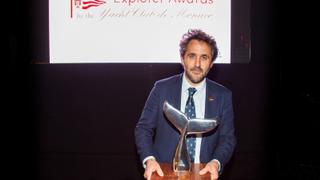 Bravo Eugenia was commended for being “packed with the latest innovations” including a “slender optimised hull” and “a hybrid engine with quiet electric mode.”

The award was presented to Oceanco chief executive Marcel Onkenhout, who accepted it on behalf of Bravo Eugenia’s American owners Gene and Jerry Jones.

Gene Jones said they were “honoured” to receive the award.

“The opportunity for our entire family to work alongside Oceanco in seeing this project to fruition has been an unparalleled experienced in innovation and design,” she said.

Other winners in the awards included the 56 metre Alucia, which won the mediation and science category and 42 metre E&E, which won the adventure, ethics and environment award.

Trophies were awarded to the owners of the explorer yachts by the international 14-strong jury, which included naval architects and representatives of industry pioneers and explorers.