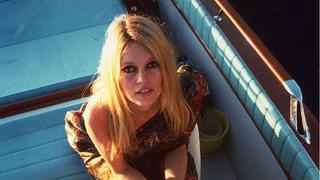 Brigitte Bardot's classic Riva to be sold at Sotheby's auction

Hollywood legend Brigitte Bardot's classic Riva yacht is up for sale, along with another notable Riva, in an upcoming RM Sotheby's auction.

RM Sotheby's has announced it will be offering the two classic Rivas at is biennial sale during the Concorso d’Eleganza Villa d’Este on 23 May, 2015, taking place on Lake Como, Italy.

Riva yachts are iconic with the glamour of a bygone era, with the celebrity set like Brigitte Bardot making the beautiful day boats all the more popular.

The first famous Riva up for sale was owned by none other actress Brigitte Bardot. Launched in 1959, Nounours was Riva Super Florida hull No 341. Film director and Brigitte Bardot's former husband, Roger Vadim, purchased the Riva at the Monaco Boat Service in 1959. He then gifted the Riva to Brigitte Bardot for her to keep at her St Tropez, France, villa called La Madrague.

After using the boat often during the early 1960s, the Riva was sold to a St Tropez restaurateur and it remained in the region for many years. In 1996, the classic Riva changed hangs again and has since been fully restored by specialists. Nounous' estimated value is €80,000 to €120,000.

The other notable classic Riva up for sale is a Riva Aquarama Special hull No 652, Shaheen, which was built for the Sheikh Hamad-al-Thani, Emir of Qatar. A series II Aquarama Special, she is powered by twin V8 Riva 350hp engines. Shaheen is named for a highly regarded species of falcons found in the Middle East. Launched in 1976, the classic yacht was delivered to the Sheikh's residence in Versoix on Lake Geneva, Switzerland, where she always remained and still retains her Swiss registration documents. She has been meticulously maintained by her present owner and was restored by RAM Sarnico in 2003 to 2005. Shaheen's estimated worth €350,000 to €500,000.

Both of these beautifully maintained classic Rivas prove how well these boats hold their value, especially when famous owners are involved, and how a classic Riva yacht can make you money.

Fore more information on the sale of these two classic Rivas by RM Sotheby's during the Concorso d’Eleganza Villa d’Este, call +44 (0) 20 7851 7070 or visit www.rmauctions.com.

The 10 most classic Riva yachts