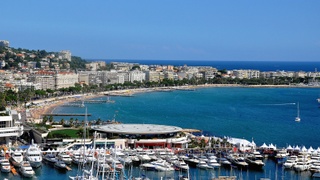 A 29-year-old British crew member died on Saturday (May 27) following a yacht collision near Cannes.

The British man was a crew member working on board the 26.82 metre Princess Minx, which was anchored off the island of Saint Marguerite.

He was fatally injured on Saturday (May 27) when Minx was in collision with the 27.96 metre Pershing Vision, which was performing “manoeuvres” at the time of impact, according to the Maritime Prefecture of the Mediterranean.

A rescue boat and medical crew, comprising a doctor, nurse and firefighter, were shortly dispatched and made “all attempts at resuscitation”, a statement from the Prefecture said. Despite their efforts however, the British crew member suffered a cardiac arrest and died at the scene.

The 17 passengers on board Minx and Vision at the time of the incident were then evacuated to Port Canto. An investigation into the incident has since been launched by the maritime prosecutor's office of Marseille.

Designed by Bernard Olesinski, the 26.82 metre Princess yacht Minx was delivered in 2015 and reaches a top speed of 29 knots.

Delivered in 2013, the 27.96 metre Pershing yacht Vision can accommodate a total of eight guests and can reach a top speed of 41 knots.