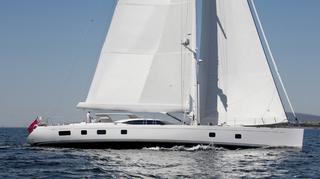 Buoyant start to 2012 for Oyster Marine

As I sit down to talk to David Tydeman CEO of Oyster Marine he has a broad grin as he tells me that they have just signed two new Oyster yachts: number 11 of the 625 range and number 21 of the 54s.

With Sarafin the first 100 now delivered, a second one well under way at the RMK shipyard in Turkey and the 125 eagerly awaited, this has been a steep learning curve for Oyster entering the superyacht sector, but not one that has phased them. Tydeman says they are looking at a forecast that is ‘buoyant but cautious’.

Richard Matthews owner of the 125 tells me he expects to have his new Oyster to go cruising in 2013 so the launch date is likely to be end 2012.

Tydeman is certainly taking Oyster to the next level and tells me that the strength of the company lies with creative new products, Club Oyster events and the inaugural Oyster World Rally in 2013, for which 35 yachts have signed up. This ambitious event that takes in 27 stops with support all the way. Having attended many Oyster functions I have personally witnessed the loyalty that this brand has with its owners and they really do enjoy themselves whether it is at a regatta, a launch or most recently at the annual dinner held at the Royal Thames Yacht Club.

'We have had the best ever 24 months the company has ever had,’ says Tydeman. With a turnover of £80 million and £25 million in the superyacht sector they are buoying up for a good year. News of a new product will also be announced shortly so stay tuned.