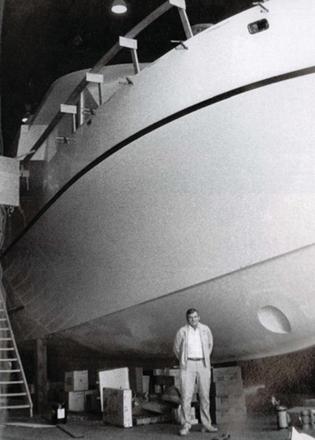 US superyacht shipyard Christensen has paid tribute to its founder and former owner Dave Christensen, who died last week.

Christensen, who had been living with Alzheimer’s disease, passed away last Monday aged 87 at an assisted-living home in Vancouver in Washington

After enjoying a successful career as a real estate developer, Christensen decided to buy himself a boat as a “retirement present”. However, he was unable to find a yard capable of building the yacht he wanted.

As a result, he decided to build his own and consequently began a second career as a yacht builder in 1983.

After running the business for over 25 years, Christensen stepped down in 2009, leaving leadership of the company to his stepson.

A statement released by the shipyard described Christensen as “a colourful character with boundless energy.”

It continued: “He will long be remembered by the luxury yacht community, former staff and industry colleagues for his unique vision, perseverance and dedication to excellence that catapulted his company into the highest echelons of the global yacht construction industry.”

Based in Vancouver, the shipyard is currently expanding, with a second facility under construction in Tennessee.