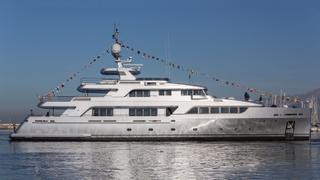 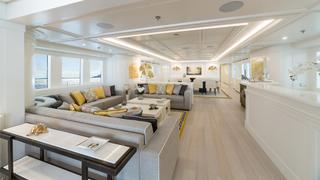 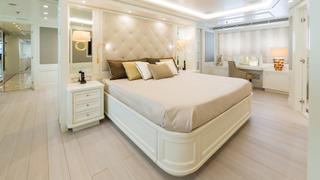 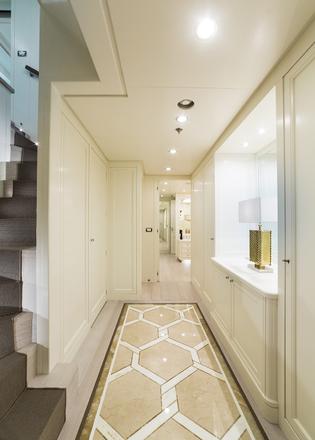 Italian yard Codecasa has launched the latest member of its 43 Full Beam Vintage series, Project C122, during a private ceremony at the yard's Viareggio facility.

Built on speculation to Lloyd’s Registry standards, the 43 metre yacht will now undergo sea trials before a scheduled delivery in May 2019.

All interiors have been undertaken by Codecasa's in-house team and the yacht has been finished in a style that artfully blends classic and modern elements. Accommodation is for up to ten guests split across five cabins including a full-beam master suite that is situated on the main deck and boasts his and hers en suites, two walk-in wardrobes and a study.

Guest accommodation below deck is comprised of two twin cabins and two double cabins, all of which have access to their own en suite. Meanwhile, the crew quarters allow for a staff of up to nine people, including a bridge deck captain's cabin.

Key features include multiple options for formal dining, including a rectangular table in the main deck saloon and a circular table on the upper deck aft, both of which have more than enough space to seat all the guests at once. The superyacht sundeck is likely to prove a popular spot, with a spa pool flanked by sunpads as well as a shaded bar area.

Tender storage on board Project C122 is also impressive, with a Zodiac rescue boat stored on the upper deck aft and a Castoldi 21 jet tender housed in the aft-loading garage. Power comes from a pair of 1,650hp Caterpillar 3512C engines for a top speed of 16.5 knots. When trimmed back to 11 knots, Project C122 will boast a transatlantic cruising range of 4,000 nautical miles thanks to the 65,000 litre fuel capacity.

Other superyacht projects currently under development at the Italian yard include the 65 metre Project F74, which is due to hit the water in 2019.