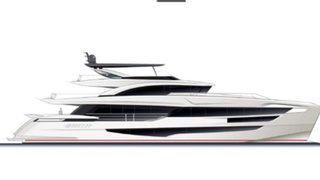 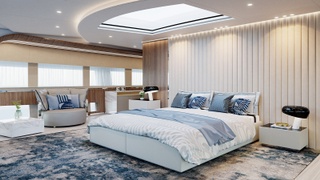 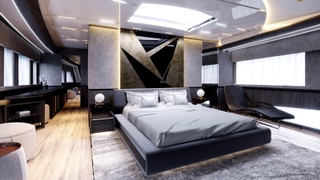 Dominator Yachts has extended its Ilumen range to include two new models.

The 36 metre and 38 metre Tri Deck models follow the success of the 28 metre Ilumen model. Naval architecture and engineering has been handled by NavalHEAD.

Speaking about the design, he said: “The colours and simplicity of shapes used on an Ilumen ensure the sense of serenity on board while simultaneously reflecting the ultimate elegance and luxury.”

The 38 metre tri-deck meanwhile has been largely inspired by the interior design on board Cadet V.

Key features on board both yachts include large external areas and a “moon roof” that floods the owner’s cabin with natural light. Both models also include a large beach club area next to the water which includes a bar and optional gym.

The beach platform can be raised for use as a diving board or lowered to provide easy access to the water for the launching of toys and tenders.

The private bow terrace of the 38 metre model also includes a Jacuzzi, while the "media lounge" of the 28 metre model can be transformed into an additional second owner-style cabin.

Yard chief executive Angela Pernsteiner said: “At Dominator, every project is unique. The Ilumen range not only revolutionised our brand, but it pushed the 38M Tri Deck engineering forward to the next step and now marks a milestone.”