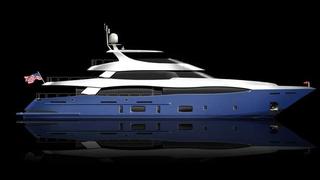 When the economy took a nosedive, six-time yacht owner Henry Respess was not only left with a half-built yacht, but the whole yacht brand as well. He had been building his 'dream vessel,' a 33.5 metre Westship, at the builder’s Tampa, Florida, yard when the opportunity arose to acquire Westship’s assets in 2006. Now, after finishing his yacht Lady Prestige and waiting out the economy, he says he is ready to put these assets to work and resume building Westships at a new facility in Tampa.

He’s turned to well-known designer Evan K. Marshall and naval architects Giovanni and Giuseppe Arrabito who have drawn up two new designs, a 33.5 metre and 40 metre. Both offer updated styling, including Marshall’s signature 'wave' windows for a European flair, as well as higher freeboard and the option of a hard top. To be constructed in FRP to Lloyd’s class, they share the same mould with a beam of 7.7 metres.

The 40 metre offers variations in layout such as a midships tender garage coupled with a lazarette gym or an aft tender garage, a spa pool positioned on either the top deck or upper aft deck and the option of a flybridge. In addition to these designs, the yard is able to offer other model sizes between 30 and 40 metres.

Westship has been building yachts since 1989, initially at Westport’s Washington facility and after 2000, in Florida after the previous owners purchased the old Trident yard in Tampa. At the helm of the new Westship management team is CEO Ricardo Ruelos.