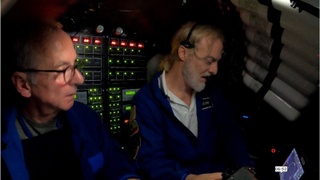 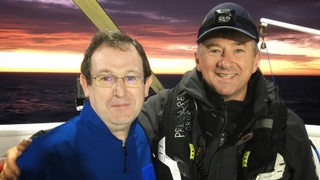 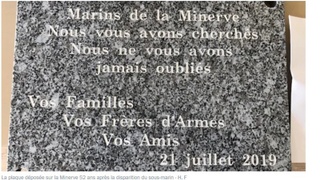 A total of 52 crew members were killed when the submarine sank in 1968 off the coast of Toulon, France. It is now located at a depth of 2,300 nautical metres.

The purpose of the expedition, which was undertaken with the families of the lost crew, was to investigate the cause of the sinking, which remains unknown. EYOS said the results of the recent expedition will “greatly assist” investigators.

Both dives of the expedition were piloted by Vescovo in Limiting Factor, the world’s only full ocean depth submersible, which completed the deepest submarine dive in history last year.

The first was undertaken with Rear Admiral Jean Louis Barbier, previously of the French Submarine fleet, while the second saw Vescovo accompanied by Herve Fauve, the son of the captain of La Minerve.

Speaking about the dive, Fauve said: “This is a very big day for me. I cannot find words to reflect my intense emotions. An old and impossible dream has become a reality.”

The expedition also saw Vescovo place a commemorative plaque at the site. Translated, it reads: “Sailors of the Minerve, we have been looking for you. We have never forgotten you. Your families, your brothers in arms, you friends.”

Expedition leader Rob McCallum of EYOS Expeditions said: “We are honoured to be able to help bring some sense of closure to the families of those lost in this tragedy.”

“This has been a wonderful cooperative effort; with all parties unified to achieve a common mission.”

The dive on the Minerve marks the beginning of the team’s 2020 dive programme, which will continue to the deepest point in the Mediterranean, the Red Sea and deepest points of the Pacific Ocean.