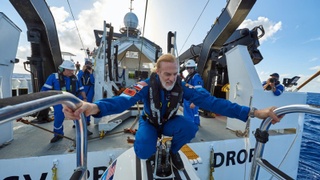 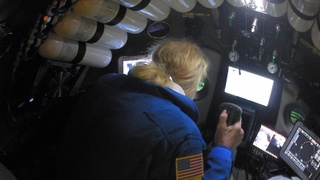 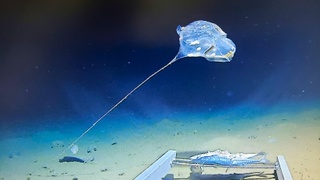 Explorer Victor Vescovo has set a new deep diving record after journeying to the Challenger Deep in the Mariana Trench, the deepest point in the Pacific Ocean.

Vescovo undertook multiple dives to the bottom of the trench, reaching a maximum depth of 10,928 metres in Limiting Factor, a two-person deep sea research submersible designed by Triton Submarines. This was 16 metres deeper than any other previously manned dive.

The last visit to the bottom of the Challenger Deep was made in 2012 by filmmaker James Cameron, who reached a depth of 1,908 metres. Before Cameron, the US Navy vessel Trieste took Lieutenant Don Walsh and Swiss scientist Jacques Piccard down to 10,912 metres.

The dive marks the fourth historic dive made by the Five Deeps Expedition following successful dives to the deepest points of the Atlantic Ocean and Southern Ocean. Vescovo can also lay claim to being the first human to ever dive to the Java Trench, the deepest point in the Indian Ocean.

The Java Trench expedition saw scientists flummoxed by the discovery of a new species described as “an extraordinary gelatinous animal”.

Footage of the animal, which rendered scientists “speechless”, was captured by the sub at the bottom of the trench and is thought to be a “stalked Ascidean” or “Sea Squirt”.

The team is now preparing to dive to the deepest point of the Arctic ocean, which is set to take place in September this year.

The expedition was launched by charter specialist EYOS Expeditions last year and follows three years of preparation and research. If successful, it will see a manned submersible vessel reach the five deepest points in the oceans.

The expedition is a collaboration between investor and explorer Vescovo, EYOS Expeditions and Triton Submarines.