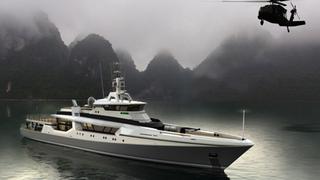 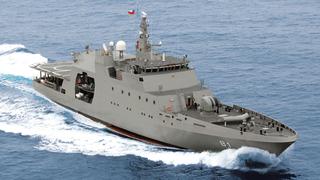 German shipyard Fassmer has collaborated with Beiderbeck Designs to turn the Fassmer OPV80 patrol boat into an 80 metre yacht merging superyacht luxury with the capabilities of a commercial vessel.

The increasingly popular search for a top explorer yacht sparked the collaboration between the design firm and the yard known first and foremost for its construction of offshore and naval vessels. These two members of Deutsche Yachten Superyachts Germany are presenting adventure-seeking owners with an exciting new option.

Based on the engineering platform of Fassmer’s proven 80 metre Offshore Patrol Vessel OPV80, the new build motor yacht concept will benefit from adopting the tried and tested hull shape of the OPV80. The hull has already been subjected to rigorous tank tests to ensure the clients’ requirements of speed, seaworthiness and manoeuvrability would be exceeded. The 13 metre beam allows plenty of space to suit the owners needs.

Beiderbeck Designs claim this is a superyacht “worthy of 007 himself”. In a statement, the design firm makes reference to the 1965 film Thunderball when it explains: “The mechanism used for launching tenders is a bit Disco Volante-esque as it can launch a dinghy into the water and can then pick it up again even while cruising."

No explorer yacht is complete without a helicopter and special facilities to allow on board refuelling. When the helicopter is stored in the hangar the large helipad is converted to reveal an open party deck, creating the perfect party superyacht.

The design team believes that their concept speaks "more to the opulent lifestyle of the popular secret agent than to the spartan, practical constraints of commercial shipping".

One thoughtfully considered feature is the large forward-facing owner’s area, which is wrapped in glass to provide expansive views whatever the weather. Two 4,000 kW Wärtsilä engines provide a top speed of 18 knots while a more powerful option for the Bond fans provides enough power to take the yacht to an impressive 22 knots.