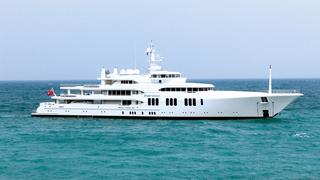 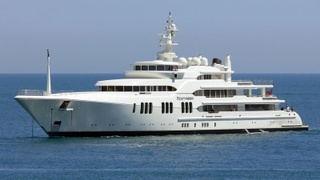 The 85.95 metre Feadship superyacht Ecstasea has been involved in an incident in Simpson Bay Lagoon, Sint Maarten.

Upon entering the bay on December 15, it is thought that a combination of adverse wind and current conditions caused the superyacht to veer right and collide with the control booth of the Simpson Bay Bridge. The crash was captured by bystanders and can be viewed in full below.

During the 3:00pm bridge opening, an open observation platform on the bow of Ecstasea tore through the structure, forcing almost all of the booth to come away and fall into the water below. Fortunately, no one was harmed during the incident as the bridge operator managed to jump out of the booth just prior to impact.

The bridge continues to remain fully functional, as the controls were not damaged during the incident. Commenting on the accident, Simpson Bay Lagoon Corporation project manager Bertrand Peters explained: “It was tricky – the vessel had some difficulties. The impact took out the booth but the controls and gear were all intact so the bridge remains fully operational and opening times will not be affected”. Visitors are therefore still being welcomed to enter the bay.

Although accidents are rare at Simpson Bay, this is not the first time a yacht has damaged the bridge while navigating the narrow passageway. Despite taking down guard railings upon entry as well as the control booth, it appears that Ecstasea, which was delivered in 2004 has sustained minimal damage to her Feadship De Voogt exterior.

Port personnel have already carried out an assessment and a report will be produced by the local coast guard and police to provide further clarity on the situation.