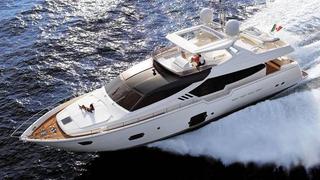 A Ferretti spokeswoman has confirmed to Boat International that the sale of the Ferretti Group to Shandong Heavy Industry Group, which we first reported in December, has today gone through. She was not able to comment on the details of the deal at this time.

It remains unclear exactly which of Ferretti's eight brands have been included in the sale, although we understand that some production will be moved to China. Keep checking boatinternational.com for more details on the deal as and when we get them.