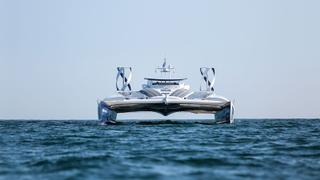 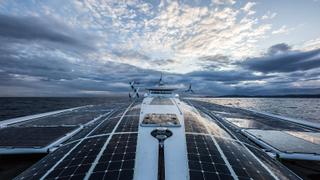 The world's first hydrogen-powered boat has embarked on a three year global voyage from France to Japan to raise awareness of renewable energy.

Energy Observer was originally launched in 1983 as a sailing catamaran before she was converted into a motor yacht and relaunched in Saint Malo last year.

Following her relaunch, Energy Observer spent 2017 sailing in France and will spend the rest of the year and 2019 in the Mediterranean and Northern Europe.

From here, she will aim to reach Tokyo in time for the Olympic Games in 2020.

During the boat's three-year expedition, the crew will film their experiences for a French documentary and social media web series.

Erussard welcomed Toyota’s backing. “We share the vision of hydrogen as the key for accelerating the energy transition, a vision that we wish to carry to the 2020 Olympic Games in Tokyo,” he said.

Toyota Motor Europe vice president Matt Harrison added: “This project once again demonstrates the many practical uses of hydrogen that can be developed as we transition towards a ‘hydrogen society’.”