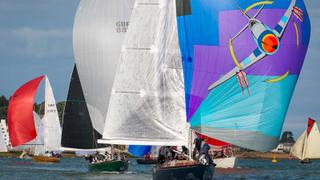 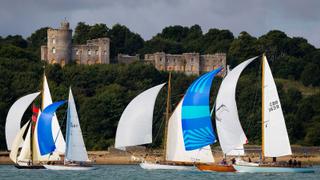 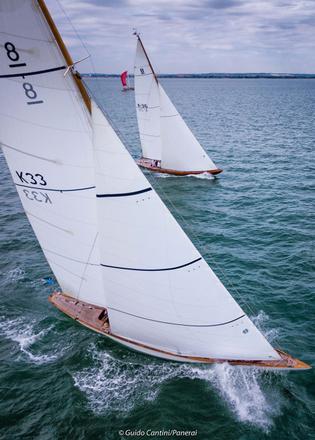 The 16th edition of the Panerai British Classic Week regatta got underway last week with a fleet of 50 classic yachts going head to head in the Solent.

Crews enjoyed perfect conditions throughout the event, which ran from July 14-21, and saw the yachts compete across six challenging race courses set by the Royal Yacht Squadron.

In the individual classes, Sioma won the six metre class while Spirit 52 Flight of Ufford won Class 1, Cetewayo took the title in Class 2 and Whooper won Class 3. Class 4 was a closely fought battle which saw Suvretta pip Cereste to the post.

The Concours D’Elegance prize for the most beautifully maintained yacht went to Spirit 37 Strega in Class 1, Opposition in Class 2, Whooper in Class 3 and Suvretta in Class 4. The overall Concours D’Elegance trophy, which is judged again seven criteria including hull, rig, sails and deck equipment, was won by Suvretta while Cereste won the Best Yacht for Originality.

The prise for the Best Presented New Entrant meanwhile was awarded to eight metre yacht Njord while the ‘In need of a stiff drink’ prize was awarded to Spirit 46 Dido which survived two collisions during the week.

But after a week of non-stop racing, it was Flight of Ufford that took home the coveted Yacht of the Regatta trophy. Owner Sean McMillan, who helmed the yacht to victory in Class 1, described the course setting by the Royal Yacht Squadron as “world class”.

“There is nowhere else in the world where the racing is more challenging. Tacticians have to negotiate the strong tides, a busy shipping channel and conflicting currents; it’s exhilarating racing.”

British Classic Yacht Club Commodore David Murrin added, “This has been our best regatta yet as it represented everything we aspire to: competitive racing between beautifully crafted and preserved classic yachts, complemented by a vibrant social scene off the water.”