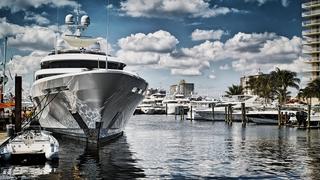 The future of the Fort Lauderdale International Boat Show is unclear after a local redevelopment plan was withdrawn.

Bahia Mar Resort and Yachting Center is due to host the show until 2020, but the long-term future of the show at this venue is up for debate after TRR Bahia Mar LLC withdrew their plans to redevelop the area on June 17.

The new development would have included three residential towerblocks and a convertible garage space that would have been used to host the indoor exhibition section of the boat show.

However, plans collapsed after local opposition forced the developers to scale back two of the towerblocks back from 39 stories to 29 stories.

In statement, project developer Jimmy Tate said: “The proposed lease terms and conditions being demanded by Show Management and the Marine Industry Association of South Florida (MIASF) are not even close to being fair and equitable."

He added that he doesn’t know what will happen to the boat show after its current lease expires in 2020.

"As much as we wanted to try to help the boat show folks, when you start to add everything up, the economics were no longer viable," Tate concluded.

In response, organisers Show Management and the MIASF issued a joint statement that said they were “disappointed to learn of the [developers’] decision”, however they revealed that they have “entered into a 30-year agreement to help ensure the show’s future”.

Tate Capital acquired the Bahia Mar Resort and Yachting Center in July 2014 and signed a long-term lease with the city authorities that is believed to run until 2062.