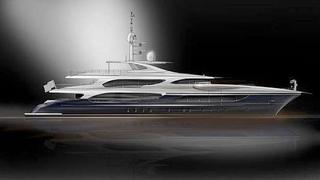 Stuart Larsen sends word that Fraser Yachts has been appointed Central Agent for the sale of Proteksan-Turquoise NB58, a 46.99m yacht currently in build and due to be delivered in 2015.

With a full-displacement steel hull, NB58 is under 500GT, has a sleek and purposeful modern profile, and features six double staterooms, as well as a seventh children’s/staff cabin. Currently the hull and superstructure have been completed, and Fraser tell me that she is being built to 'the very highest European standards'. Her finishes and engineering, I am assured, will be on a par with her bigger sister-ship Ileria, on display at this year's Monaco Yacht Show. She has a design speed of 14 knots.