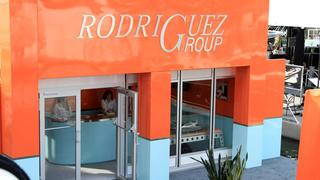 The Tribunal de Commerce de Cannes has placed the Rodriguez Group in 'redressement judiciaire', a state equivalent to administration.

The action is the result of not meeting the 2013 deadline for the recovery plan of its subsidiary company SNP Boat Service, which has debts of €115 million.

The group will undergo a six-month judicial observation process, during which it plans to sign new agreements with its creditors.

‘Our operational restructuring was completed in 2013 and we have a good business plan that we built step by step and which corresponds to market expectations,’ the group’s executive board said in a statement. ‘The next six months will bring back all of our partners around the table, to establish on a new basis the latest step of our recovery plan, namely the treatment of bank debt.’

Companies that come under the Rodriguez Group umbrella include SNP, Golfe Juan shipchandlery Le Yacht, Gérard Rodriguez Shipyards and Camper & Nicholsons International. The latter two companies are not in administration, and the brokerage and charter firm Camper & Nicholsons International has underlined that it will not be impacted since it operates independently and is not jointly liable financially or otherwise for SNP's debts.