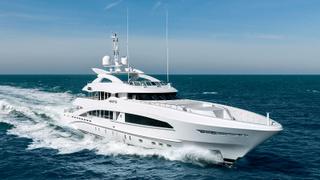 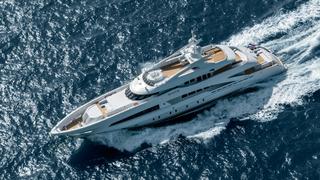 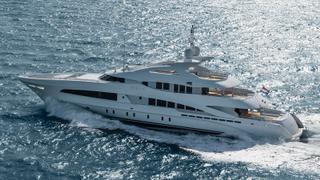 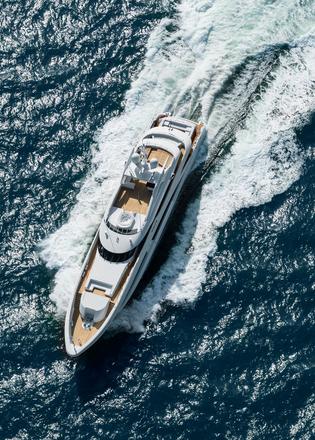 The 49.8 metre superyacht White has been delivered to her owner following the successful completion of her sea trials, Heesen Yachts has revealed

Originally built on speculation as part of the yard's 500 Aluminium class, this sleek motor yacht was sold in October 2017. Her interior, which comes in just below the 500GT mark, was designed by Cristiano Gatto, while the fast and comfortable hull was created by the yard’s in-house naval architects.

Exterior styling comes courtesy of regular Heesen Yachts collaborator Frank Laupman and his Omega Architects studio, and the yard describes the look as “an emblem of sporty elegance”.

The accommodation sleeps up to 12 guests in six cabins, including a main deck owner’s cabin, full-beam VIP below decks, two further double staterooms and two twin cabins, all with their own private en-suite bathrooms.

Abberley Luxury Yachts, which represented the owner’s commercial interests during the construction phase, added, “This is the moment we have been looking forward to, and the most satisfying stage of the process for us. We are delighted with the results of White’s sea trials and await the shakedown cruise with her owners with much anticipation. We are positive that she will bring them many years of wonderful adventures at sea.”

Take a closer look at the Heesen superyacht White

Gatto’s interior décor in glossy ebony and Canaletto walnut was inspired by the work of New Deco designer Jean-Michel Frank and has been extensively customised to suit the owner's tastes. Key pieces include an ebony, leather and stainless steel coffee table with a hidden ice bucket beneath, and custom-designed Loro Piana upholstery with bookcases built into the armrests.

There will be plenty of room for exterior relaxation as well, with four al fresco dining areas, including the superyacht sundeck, which measures 70 square metres and has been fitted out with decorative fabrics from Hermès. The other highlights on the upper deck are the spa pool, surrounded by sunpads, and the full-service bar area.

Other superyacht projects currently under development at the Dutch yard include the recently sold 60 metre Project Falcon, which is due to launch in 2021.