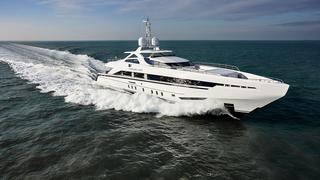 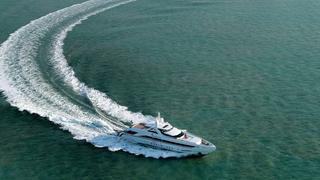 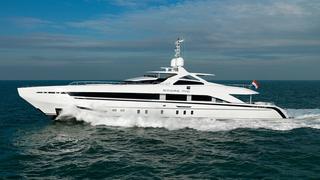 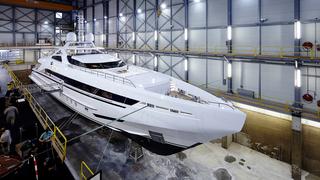 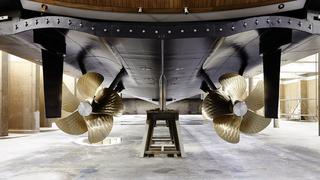 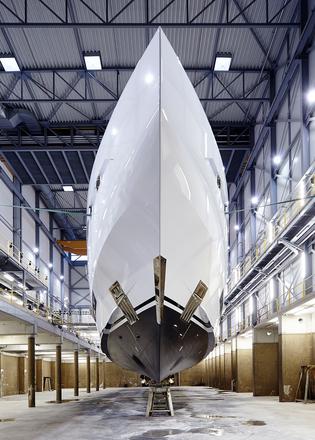 Heesen has delivered the 45 metre sports yacht Amore Mio to her owners following "intensive" sea trials in the North Sea.

The Dutch builder has revealed that the sea trials were a great success, with the yacht reaching her expected top speed of 30 knots. "The sea trials also proved the all-aluminium superyacht to be very quiet and highly maneuverable,” Heesen added.

Amore Mio’s Captain, Tripp Hock, was excited to test out the yacht. “As she sea trialed at ‘light load’, I was eager to see in particular how the gyro stabilisers would function on such a buoyant ship in the North Sea. To my relief, all the coffee cups stayed on the tables,” he commented.

Amore Mio, built as Project Necto, is a flybridge, all-aluminium, semi-displacement hull superyacht. She was sold to an experienced owner who shares Heesen's core values and desired a fast, sporty boat.

Dutch builder Heesen Yachts launched the 45 metre sportster superyacht in November last year at a private ceremony at their facility in Oss, the Netherlands.

According to Heesen, Amore Mio is the largest and most powerful sports yacht ever built in the Netherlands. She's powered by twin MTU 16V 4000 M73L engines and has a range of 2,750 nautical miles at 12 knots.

The design was first presented at the Monaco Yacht Show in 2012. Frank Laupman of Omega Architects is responsible for Amore Mio's exterior lines and has introduced a new 'knuckle' bow shape for this Heesen.

The line of the narrow, raked bow is interrupted, giving an especially aggressive and sharp profile.

Interior decor is by Italy's Cristiano Gatto, who is now in the midst of his third project with Heesen, Project Akoya. The owner's brief for the interior of Amore Mio was contemporary yet cosy.

Outside, she boats a notable 18 metre sun deck with a cinema, dining for all 10 guests, a square pool and an infinity terrace.

Amore Mio was launched in November 2015

Amore Mio is the first launch from Heesen in 2016. The launch of two more yachts will follow later this year: the 70 metre flagship Project Kometa, and the 50 metre semi-displacement yacht Project Akoya, which was sold in March 2015.