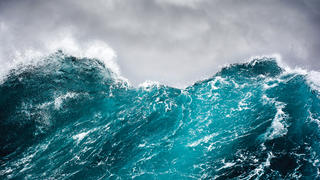 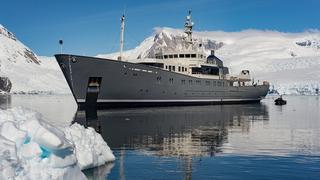 How you can convert your superyacht into a tsunami detector

A swell of a few inches in the deep ocean, something that is invisible to the human eye, can become a killer — or not — and GPS technology on ships and superyachts could help scientists tell the difference.

A researcher from the University of Hawaii at Manoa has discovered that it is possible to detect and assess tsunami waves before they unfurl on faraway shores by using high-accuracy GPS technology from on board a ship.

Early detection is already available, allowing government agencies to evacuate coastal areas in anticipation of a wave. However, the current network of buoys is incomplete and expensive to maintain, hindering the ability for scientists to accurately anticipate the scale of tsunamis, explains James Foster, whose field of expertise is to study how GPS technology may help anticipate and assess the scale of natural events, such as volcanic eruptions, climate change and now tsunamis.

The risks are to underestimate their potential for destruction, as was the case in Japan in 2011, or send alarms that result in unnecessary and costly evacuation, which occurred a year later in Hawaii after a fault slip on Canada’s west coast.

Foster and a few colleagues happened upon an enlightening discovery a few years ago that may help change that. They were running an experiment on board a research vessel when, on its way to Guam, it crossed the path of a tsunami wave created by a major earthquake in Chile in 2010.

In deep sea, the tsunami wave was barely detectable to the ship and passengers, but the data collected by their geodetic GPS equipment picked it up immediately amid all the other data. That’s because regular and tsunami waves behave very differently.

“Ocean swells that rock even the largest ships come at intervals of fifteen to twenty seconds. Tsunami swells, however, take ten to thirty minutes to pass — or even longer,” explains Foster, who has championed a pilot program that, with financing from NOAA, has supplied cargo ships with real-time geodetic GPS equipment.

“We are in the middle of the program and have nine ships currently out there operating,” he says. “We are getting what looks like good data. It appears to be working,” he says.

At this time, a couple of factors are limiting the program, however. “Perhaps our biggest constraint is the quality of the Internet connection,” says Foster. The small amount of ships currently acting as “deep-sea” gauges is also a challenge. More would be better and a “secondary network of vessels” would be useful. That’s where long-range explorer yachts could come in, with their ability to cruise to some of the world's most remote destinations.

of their antenna to receive and broadcast the scientists’ data. While it is a continuous data stream, it does not require a huge bandwidth.

“The hardware is pretty simple,” says Foster but does require a modern GPS antenna. It is also critical for the data to be a constant flow, which means the system needs to broadcast location constantly — not unlike AIS. However, if giving your position is an issue, “the only location we really care about is the vertical one; the horizontal one is not that critical.”