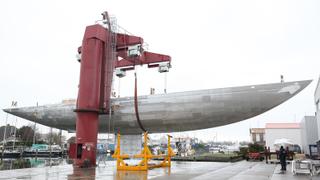 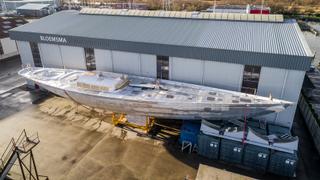 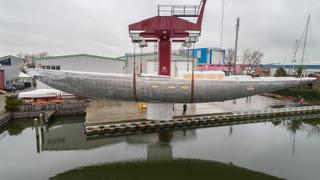 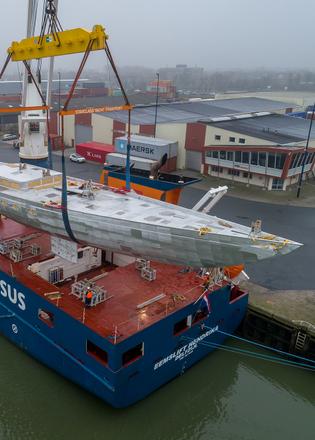 The Truly Classic 127 series of Hoek Design sailing yachts has expanded once again after TC127-3 was given a technical launch in the Netherlands earlier this month.

Built at Bloemsma Aluminiumbouw and due to be fitted out in Turkey at SES Yachts, this 38.8 metre aluminium-hulled yacht is based on Atalante, which was launched by Claasen in 2015 as the first Truly Classic 127 yacht. A second hull is currently nearing completion at British yard Pendennis.

TC127-3 will differ from her sisterships in having a single deckhouse and a steering position set well aft. Likewise, the sailplan and interior layout has been tweaked without affecting the exterior lines and dramatic overhangs.

Hoek Design explains that an unusual fractional sailplan should provide “sparkling performance in light winds”. Ease of sail handling was a key priority, and for this reason, the owner has chosen a Park Avenue-style boom and swept-back spreaders, meaning that only one set of runners and checkstays are required.

In terms of naval architecture, the torpedo-style T-bulb keel has been subjected to extensive computational fluid dynamics analysis, resulting in it being moved slightly further aft.

Due for completion in 2019, TC127-3 will offer accommodation for up to six guests split between a master suite, double cabin and a twin room, while the crew quarters will allow for a staff of up to six people.

Other Hoek Design yachts currently under development include a 50 metre classic ketch, which is due to hit the water at the Vitters shipyard next year.