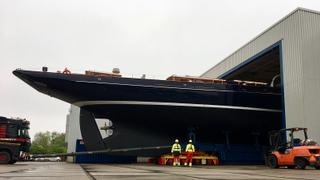 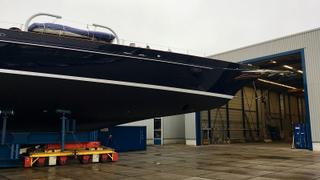 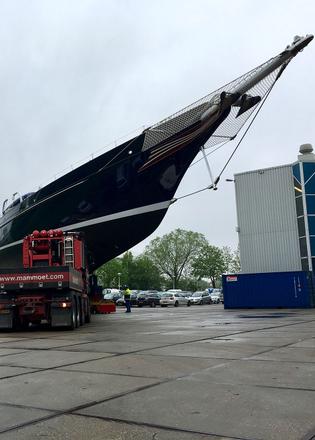 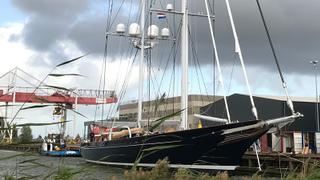 The 51.59 metre sailing superyacht Meteor has emerged from Royal Huisman's Amsterdam facility, following her winter refit. As well as completing her ten-year Lloyd’s survey, the work at the Dutch yard included a repainted hull and rig as well as an engine room overhaul.

Launched in 2007, Meteor was built from an aluminium hull to a design by John G. Alden and went on to win the prestigious title of Sailing Yacht of the Year at the 2008 World Superyacht Awards.

Dykstra developed her naval architecture. Her classically-styled interior was designed by John Munford and will not be changed during the refit, meaning the wood-burning superyacht fireplace will remain. Accommodation is for up to six guests split across just three cabins including a full-beam master suite and two twin cabins. Meanwhile, the crew quarters allow for a total staff of 12 people.

Despite her luxurious interior, Meteor is a proven regatta racer out on the open water. For example, she won the 2009 St Barths Bucket and took class honours at both the 2014 Newport Bucket and the 2017 Candy Store Cup.

When she’s not flying her extensive 1,800 square metre North sails wardrobe, Meteor is powered by a single 805hp MTU 12V2000 M60 diesel engine that allows for a top speed of 11 knots and a range of 2,972 nautical miles at ten knots, drawing on a total fuel capacity of 22,311 litres.

Other superyacht refit projects currently under development at Royal Huisman include the classic 33.22 metre Herreshoff schooner Vagrant, which checked into the Dutch yard back in July 2017 for an extensive two-year overhaul.