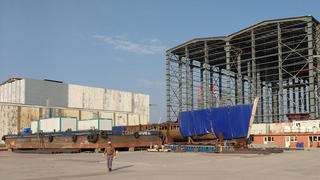 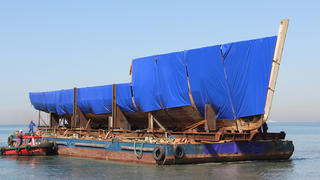 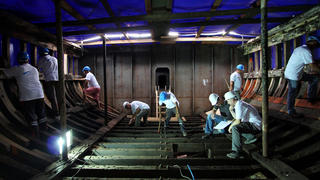 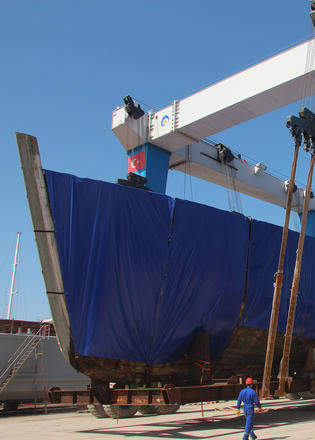 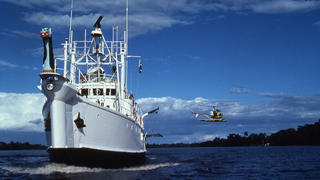 The original explorer yacht Calypso, which once belonged the late Jacques Cousteau, has begun a two-year restoration project in Turkey.

Calypso’s hull was moved from France to Turkey in March and the project officially began earlier this month with the installation of the first gulam ribs in a custom-built climate-controlled shed at the FryCo Yachts facility in Istanbul.

Other original parts still intact include Calypso’s pilothouse, propellers, shafts and Volvo engines, while key items of equipment from the laboratory and galley are currently being stored in the USA.

Naval architect and project manager Ed Fry told Boat International: “The Cousteau Society is still active worldwide and Calypso is seen as a symbol of the past accomplishments. When seaworthy Calypso will be available to charter for ocean research.”

Launched in 1942 at the Ballard yard and first used as a minesweeper for the British Navy, Calypso was converted into a Maltese passenger ferry in 1949, before being refitted as a research vessel for the legendary sea explorer, who took delivery in 1951.

In her heyday, Calypso was capable of carrying two personal submersibles and a helicopter. With a beam of 7.53 metres, she displaced 300 tonnes and was served by a crew of 27.

Calypso sank in Singapore harbour in 1996 after a mooring accident, but Cousteau insisted that the vessel must be saved. Speaking shortly before his passing, he said: “Calypso, my companion for the most wonderful 45 years of my life, we are going to do everything possible to bring you back to life.”

After a 20-year delay, it now seems the Cousteau Society will finally be able to fulfil his wish.