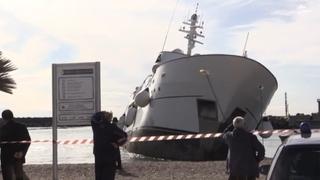 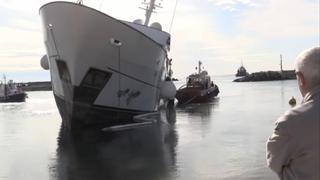 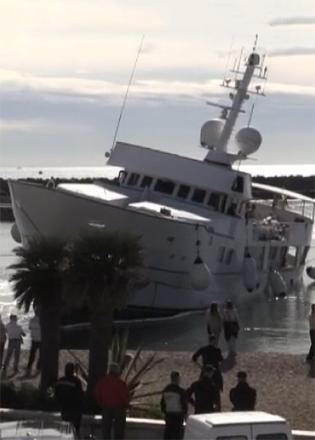 The 40m luxury yacht Nibani had to be refloated after it ran aground recently at the Italian port of Ostia, near Rome.

The superyacht, which is available for charter, reportedly lost control immediately after exiting the port’s breakwater, which led to the vessel slowly drifting to shore.

The incident, which was captured on video by Ostia News, saw the Port Authority of Rome involved in the refloating of Nibani. The authority acted swiftly on receiving the news, immediately ordering two tug boats to assist in the removal of the yacht from the beach.

In addition, an anti-pollution vessel along with divers were deployed to inspect and combat any possibility of pollution to the area. Port operations were suspended until Nibani was safely be moved into open waters again.

A salvage team waited until early the following morning to execute the procedure, with the aid of high tide. Substantial weighted objects such as anchors were removed before Nibani was towed stern-first away from the beach after which she was taken to a nearby shipyard.

The extent of damage suffered by Nibani is yet to be quantified but no other damage to vessels or the ecosystem was reported.

Nibani, which has a steel hull and superstructure, was custom built in 1971 by Maritima de Axpe. Her exterior design and engineering are the work of Arthur de Fever. Previously named Les Girls Delfino her interior was designed by Puleo Inc.

58m superyacht Unbridled runs aground off of Miami