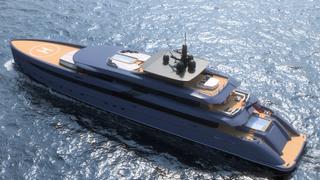 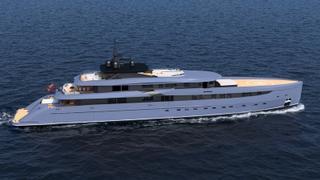 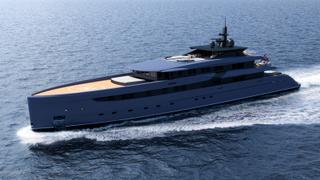 Yacht designer Marco Ferrari has released details of his latest concept, a 65.6 metre called F65. This displacement yacht, which would be built from a steel hull and aluminium superstructure, places a strong emphasis on modern design and outdoor entertainment.

Accommodation is for 12 guests split across six staterooms, including an main deck owner’s suite that measures 90 metres squared. More of an apartment than a cabin, this area would come with its own fold-out superyacht terrace, lounge, studio, dressing room and en-suite bathroom.

The main guest accommodation area is situated on the lower deck with a VIP suite, twin cabin and double cabin. This area also features enough room for a sixth cabin or an on-board cinema — should the latter option be chosen, the final cabin would be moved to the upper deck. Meanwhile, the crew quarters allows for a staff of up to 19 people, with an adjacent crew mess and on-board gym.

A superyacht elevator leads up to the main deck lounge, with its formal dining area and folding balconies, which give great views out to sea on both sides.

Al fresco relaxation and entertainment options are plentiful, with an infinity pool on the aft deck that measures 3.3 metres by 3.5 metres.

The F65 concept also features a superyacht beach club, with direct access to the tender garage. Here guests will be able to choose from four Jet Skis, diving equipment and two large tenders for their on-water adventures.

Other key features include the superyacht sundeck, which would be fitted with an enclosed gym/massage room, five-metre infinity pool, bar and lounge area.

Power would come from a pair of Caterpillar 3512C engines for a top speed of 16.5 knots. When trimmed back to 12 knots, F65 would have a maximum cruising range of 5,500 nautical miles, drawing on a total fuel capacity of 150,000 litres.