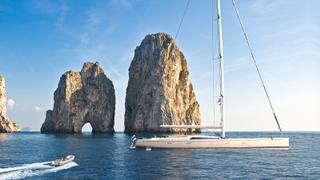 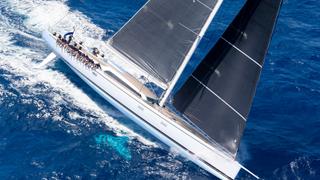 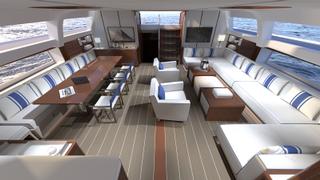 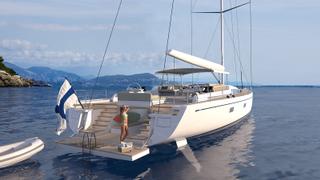 Nautor’s Swan has turned the hull of the first in-build Swan 120 sailing superyacht.

Fairing will now begin on the yacht, which is under construction at the builder's yard in Pietarsaari. It comes after the yard announced it had sold and begun construction on the first yacht in January last year.

The 36.5 metre Maxi Swan model was first revealed at the 2018 Monaco Yacht show. It has been designed by veteran Nautor's Swan designer German Frers and features interior design by Italian architect Misa Poggi, who also handled the interior design of the Swan 98.

Described by the yard as “defining the next generation of performance superyacht design”, the 120 features a concealed electronically controlled bimini top and sprayhood with ‘aisle seats’ on deck. A "snug" area is a key on-deck space that sits between the helming stations.

The transom meanwhile transforms into a large teak-decked swim platform with a garage large enough to hold a 4.5 metre tender and other water toys. Once the tender has been launched, this area can also be used for sunbathing or light dining.

Nautor’s Swan chief executive, Giovanni Pomati said: “The deck folds open to create a beach deck not only to launch a tender but for swimming, scuba diving, even to have breakfast in the morning.”

In both layouts, the galley and laundry are located next to the crew quarters while the full-beam owner’s cabin features an ensuite and walk-in wardrobe. Another standout feature is a saloon accessed via a 1.8 metre wide companionway door made of curved glass. Interior materials, meanwhile, will feature Italian textiles and leathers.

The base price of the new model would be €16 million. He added: “Quality costs money, the DNA of Nautor’s Swan comes with a price and we have managed to be very aggressive on pricing.”