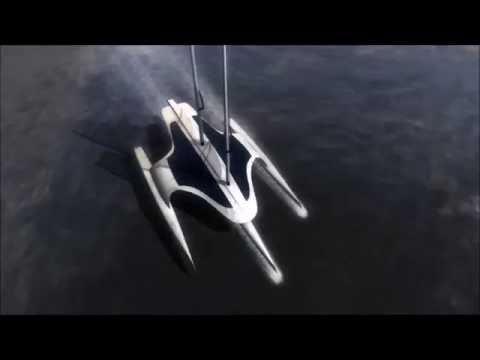 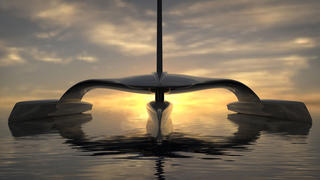 An autonomous ship project to commemorate the 400th anniversary of the Mayflower's 1620 crossing of the Atlantic has received a major boost after the American ambassador to the United Kingdom, Matthew Barzun, lent his support.

The modern hybrid version of the Mayflower is a 32 metre trimaran that is currently under development in Plymouth ahead of a planned 2020 launch.

Unlike its Jacobean forebear, the new Mayflower will feature two masts and a sailing rig inspired by windsurfers. Auxiliary power would come from solar panels and an electric drivetrain, while its livery will reflect the transatlantic collaboration between the USA and the UK.

The Mayflower project began in 2014 after members of Plymouth council discussed ways to mark the milestone anniversary. Over the past two years, several influential names have thrown their weight behind the project, including the Earl of Devon, naval commodore Ian Shipperley, and Vendée Globe veteran Pete Goss.

It is hoped that a successful transatlantic voyage will lead to a circumnavigation, and the trimaran will later be made available to charter for ocean research expeditions. Despite being completely unmanned, the robotic Mayflower would also be loaded with liferafts so that it could respond to distress calls.

The futuristic design, by Orion Shuttleworth, is reminiscent of some of the world’s most iconic multihull superyachts, such as Adastra and Galaxy of Happiness.

The next stage of the project requires £300,000 for construction of a scale model and wave tank testing, which the Mayflower team hopes to raise via a Crowdfunder campaign. Donors will get their name engraved onto the trimaran’s carbon fibre superstructure when construction begins in 2018.

Patrick Dowsett, former commander of HMS Northumberland, added: “So far we have the plans, the passion, the potential and now all we need is to get it to production.”